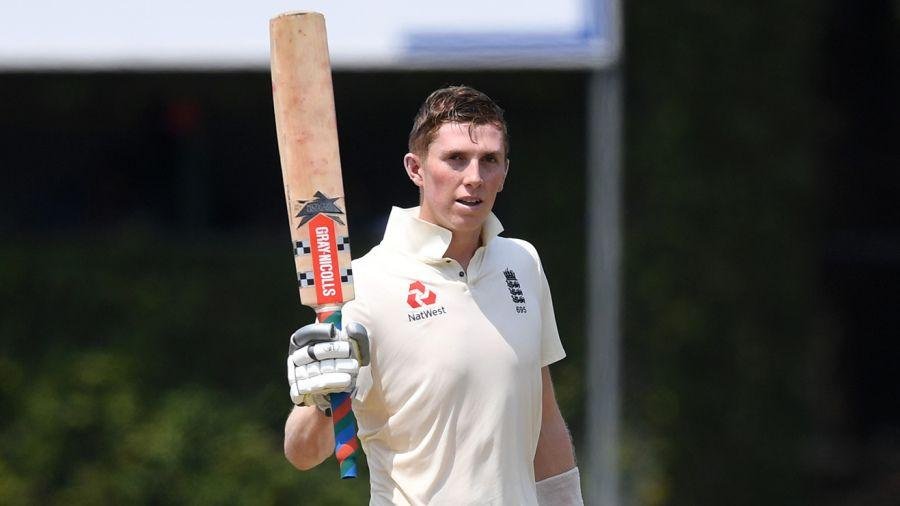 Zak Crawley breezed his way to a fourth first-class hundred, before Joe Root and Ollie Pope finished the day in sight of their own tons as England started their four-day warm-up in brisk and impressive fashion.

While the batting had also been good in the first three-day practice game, these runs came against an arguably better attack, featuring the in-form seam-bowling of Asitha Fernando, as well as the capable left-arm spin of Prabath Jayasuriya. The surface at the P Sara – generally the bounciest pitch on the island – had a covering of grass, and a bit of moisture in it in the morning.

Crawley and opening partner Dom Sibley negotiated the movement off the surface early on, during the course of their 103-run stand. The pitch would dry out to play much flatter during the afternoon and evening sessions, though not to the extent that it began taking substantial turn.

Crawley hit 11 fours in his innings, racing to 50 off 47 balls, before slowing down a touch, getting to his 100 off the 133rd delivery he faced. He made runs all around the ground, striking up a 72-run stand with Joe Denly after Sibley was caught at leg slip off the offspin of Ramesh Mendis for 37. Crawley would eventually be bowled for 105. He had struck at 72, and set the tone for what would turn out to be a relatively quick-scoring day.

“Zak got his chance because of Rory Burns’ injury but every day he just goes out there and continues to impress,” England assistant coach Graham Thorpe said of Crawley. “Character is a lot at this level, and he has a willingness to learn quickly.

“He’s nowhere near the finished article – look, he’s 22 years old – but we’re really excited about him as a player after the last three or four months around him. We hope his curve can continue to go up.”

Crawley’s wicket, which came in the 51st over, was the last one to fall in the day. Pope, who had been promoted ahead of Ben Stokes in a move that suggests they will use him at No. 5 in the Tests as well, dovetailed nicely with Root as the pair put on an unbeaten 175 partnership. On a pitch that had now lost zip, and was offering little to the spinners, the pair were rarely troubled, as they each progressed at a strike rate of 70 or higher.

Root, typically, was aggressive against the spinners, using his feet liberally, and using both the sweep and the reverse to good effect. He finished on 90 off 122, hitting eight boundaries. Pope was not shy of advancing down the track either, and made 84 not out off 120 balls.

“We encourage the batsmen to be positive in their thoughts and their movements,” Thorpe said. “That way you also defend better as well. We encourage them to understand what their aggressive options are, when they feel the need to go to the next gear in a match. We want to try to be in the same sort of situations we were against South Africa. We want to score big first-innings runs because that gets us in a better position to win a Test match.”

Although, for now, preparations for the Test series are continuing as usual, there has been a little doubt cast over whether the series can be played in the wake of the COVID-19 pandemic. Sri Lanka currently has two confirmed COVID-19 patients, but the bigger fear may be the tightening or closing of borders, which may leave tourists – including the England team – with difficulties getting home.