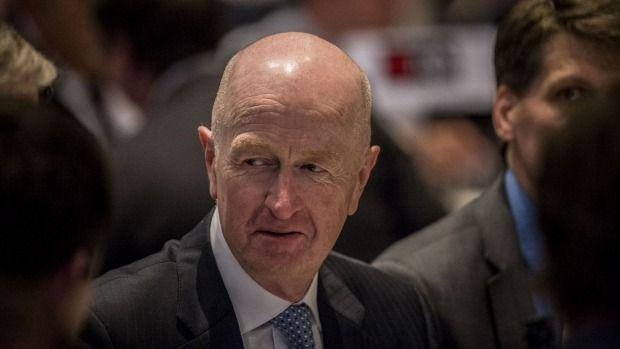 Mr Stevens, who steps down next month, has weighed into the debate about foreign capital, saying there needs to be consideration about what type of investment Australia wants.

“That’s just altering the allocation of who owns the capital that’s here now.”

“We get ­nervous when foreigners buy land or other assets, but I’ve never met a businessperson yet who doesn’t think that foreign investment as a general thing is good,” he said.

“That’s why I say that maybe some more clarity about what we mean by foreign investment, what kinds of foreign investment are better than others, what kind helps us grow our capital stock and our country and how to manage all of these things, that’s probably a constructive debate we might hope to have.”

But he warned the flow of foreign cash into infrastructure, commercial property, shares and other assets was pushing up the value of the Australian dollar, countering the RBA’s rate cuts.

“Australia wants to be open to foreign capital. That’s our national philosophy. I think in that discussion it would be helpful to think about the kind of foreign capital we want,” Mr Stevens said.