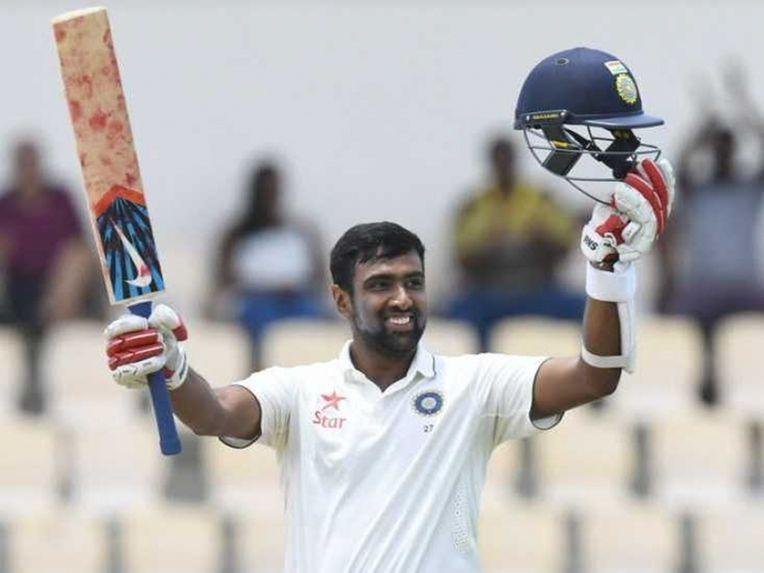 Ravichandran Ashwin can do no wrong at the moment in the West Indies. In the current series, he is the leading wicket-taker as well as the leading run-scorer. After scoring a hundred in the first Test at Antigua, Ashwin notched up his second hundred of the series. In addition to his two five-wicket hauls, the Chennai offspinner has joined a prestigious list.

The right-handed batsman also scored his fourth hundred in just his eighth Test against West Indies. He is fourth in the all-time list of Indian batsmen who have scored centuries against the West Indies, with Sunil Gavaskar leading the list with 13, followed by Dilip Vengsarkar with six and Rahul Dravid with five.

For the first time, India’s No.6 and No.7 batsman combined to score centuries in the same innings. Ashwin was joined by Wriddhiman Saha who notched up his maiden century in Tests. Their 213-run partnership for the sixth wicket is the best by an Indian duo against the West Indies in Tests, surpassing the 170 set by Gavaskar and Ravi Shastri in the 1983 Chennai Test