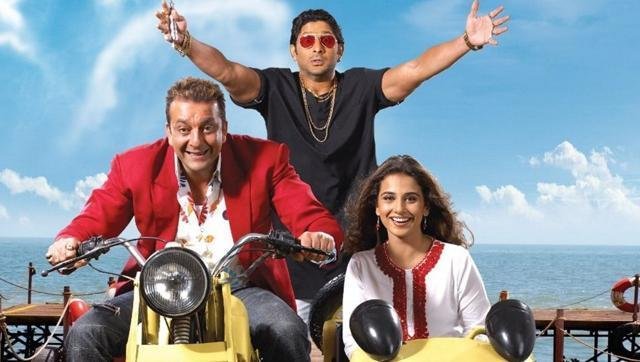 Putting all speculation to rest, film-maker Rajkumar Hirani has revealed that he is indeed working on the third instalment of the Munna Bhai film series. Sanjay Dutt, who was the lead actor in the first two films, will be part of the new project as well.

“I am writing a script for Munna Bhai 3. Sanju will star in it, and will play his age. I spoke to him [about the film when he came out on parole recently], and he was very excited,” says Hirani, whose next is a biopic on Sanjay, starring Ranbir Kapoor. “I have a couple of ideas, so I am writing two more scripts besides Sanju’s biopic. While one is a Munna Bhai film, there’s also another new story.”

After the success of the first two movies in the franchise — Munna Bhai MBBS (2003) and Lage Raho Munna Bhai (2006) — there was a lot of speculation regarding the third part, especially after the teaser of Munna Bhai Chale Amerika (the planned third instalment) was released. “Now, I have found a story that is as good as Lage Raho Munna Bhai or maybe even better. I wasn’t doing it (the third part) because I wasn’t finding anything that matches that level. Now, I have found it, but it will take some time to write it. I plan to take it up after wrapping up Sanju’s biopic,” adds Hirani.

Recently, rumours claimed that Ranbir would play the role of Munna Bhai whenever the new film is made. Besides that, there were also talks about a film called Munna Bhai Chale Delhi, which was going to be directed by Subhash Kapoor (of Jolly LLB, 2013, fame). However, soon enough, it was reported that Subhash will not helm the movie owing to “creative differences”.