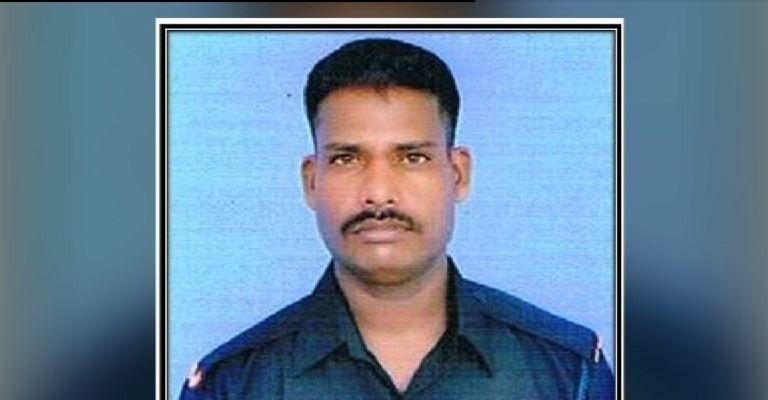 The miracle survivor of Siachen avalanche disaster Lance Naik Hanamanthappa passed away at Delhi’s Army Research and Referral Hospital on Thursday morning at 11.45AM, according to TV reports.

Lance Naik Hanamanthappa and nine fellow soldiers were resting when a huge wall of ice came crashing down on their post on February 3. It all happened so quickly that none of the 10 had time to react. All of them were buried under 25 feet of snow at the Siachen glacier.

All the 10 soldiers were believed dead initially, but it was a pleasant surprise when one of them, Hanamanthappa, was found with a feeble pulse 5 days later. All he had going for him was an air-pocket under 25-feet of ice, because of which he was able to breathe and survive. The Hindu reports that a small band of men refused to give up on their lost comrades and cut through ice walls that were harder than concrete. The Army and the Air Force between them flew over 200 sorties to rush deep penetration radars, radio signal detectors and rock drills to get to the soldiers.

Nine other personnel at the post, including a Junior Commissioned Officer (JCO), of Madras Regiment had died.

In the morning the hospital had released a medical bulletin that said, “He continues to remain extremely critical with worsening multiple organ dysfunction. His circulatory shock is now refectory to all drugs in maximum permissible doses and his kidneys remain non-functional. His pneumonia has worsened and the blood clotting disorder shows no sign of reversal despite blood component support. He is on maximal life support with aggressive ventilation and dialysis. He has slipped into a deeper coma.”

A CT Scan revealed signs of oxygen deprivation in his brain and he exhibited multiple organ failures.

Lance Naik Hanumanthappa was found alive on Monday after being buried under 35 feet of snow for six days.

Hanumanthappa was flown to Delhi on Tuesday from Siachen Glacier in a special air ambulance.

The soldier was still in coma and was placed on a ventilator given to protect his airway and lungs. His blood pressure continues to remain alarmingly low. He was suffering from pneumonia along with liver and kidney dysfunctions.

A team of intensivists, neurologists, nephrologists, endocrinologists and surgeons are observing his medical condition closely.

The PM earlier on Tuesday visited the Army’s Research and Referral Hospital in New Delhi to see Lance Naik Hanumanthappa.