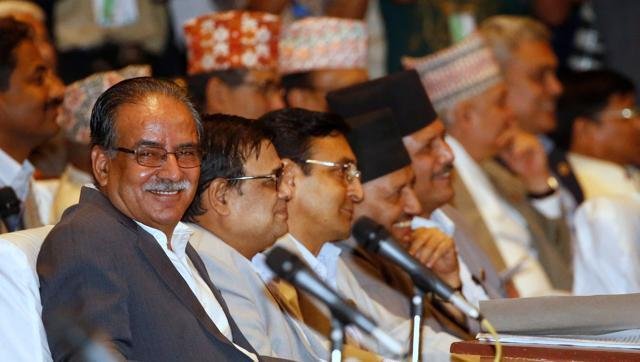 CPN (Maoist Center) Chairman Pushpa Kamal Dahal ‘Prachanda’ was on Wednesday elected as the 39th prime minister of Nepal after securing the required majority in the Parliament.

This is Dahal’s second tenure in the country’s top post.

He secured 363 votes in the election.

He was supported by Nepali Congress, Sanghiya Gathabandhan, Madhesi Janadhikar Forum-Loktantrik, Rastriya Prajatantra Party and other fringe parties during the election.

Dahal was the only candidate for the election.

Of the total 595 members, 573 had cast their votes in the election.

There were 210 votes cast against Prachanda.

Born into a simple lower-middle class family on December 11, 1954, in Kaski district, Prachanda was the first prime minister when Nepal became a Republic in 2008.

He holds a Bachelor’s Degree in Agriculture and Animal Science. After college, he spent six years as a teacher, and later served at American development agency USAID for some time in western Nepal’s Jajorkot, which was undergoing massive poverty and inequality.

The dire socio-economic conditions in Jajarkot inspired him to join politics, in order to help uplift the poor. On the other hand, due to lack of opportunity and weak economic condition of his own family and surroundings since his early childhood, he had already tilted towards left ideology and believed it can only bring changes in society.

He soon began working with the left leaning Pushpa Lal Group in 1972. The group was one of the most vibrant and dynamic communist groups in Nepal at the time and career communist cardre like Prachanda had found enough space for growth.

He formed Marxist Group in 1975 and later joined CPN (Fourth Convention) in 1978. With full-fledged membership of CPN (FC) in 1979, ‘Prachanda’ was elected as Chitwan district committee member in 1980.

He became a regional bureau member in 1982. In 1984, he became the president of All Nepal Youth Association, which soon led to his elevation to the party leadership. In 1985, he was elected as central member of CPN (Masal)’s 5th General Convention. Shortly afterwards, he became the party’s politburo member.

After the party split in 1986, ‘Prachanda’ sided with Mohan Baidya ‘Kiran’. The Sector Incident of 1989 forced Kiran to resign, making way for Prachanda to lead the party in 1990 as general secretary. He is the party head since then.

‘Prachanda’ led the armed revolution in 1996 and also became the supreme commander of the People’s Liberation Army.

Submitting a 40-points demands to the then prime minister Sher Bahadur Deuba, Prachanda’s CPN(Maoist) declared a ‘people’s war’ on Feburary 4, 1996 and started looting weapons of policemen posted in rural Nepal.

Prachanda led the bloody civil war for 10 years, during which over 13,000 people were killed, over 1000 disappeared, and thousands were displaced.

Ending his 25-year long underground life, ‘Prachanda’ made a public appearance at Baluwatar, the prime minister’s residence, on June 16, 2006 with his deputy, Baburam Bhattarai.

Once a wanted man for revolting against the state, Prachanda became the prime minister of Nepal on August 18, 2008 and remained in office till May 25, 2009.