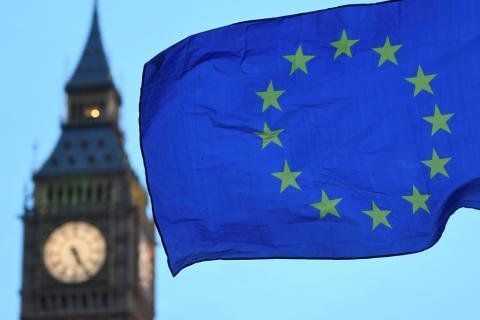 The pound jumped Thursday, while European stock markets were little changed, with Britain and the EU finally expected to announce a post-Brexit trade deal.

Sterling was up around half a percent against the dollar and euro as London’s FTSE 100 stocks index closed up 0.1 percent in shortened pre-Christmas trading.

In the eurozone, the Paris CAC 40 index finished with a loss of 0.1 percent. Frankfurt was closed.

Traders said early gains were capped by rising fears over a new strain of the coronavirus that has forced the UK to impose tougher regional lockdowns across the nation.

Hong Kong finished higher but was weighed down by a fall of more than eight percent in Alibaba shares after China said it had launched a probe into the e-commerce giant for “suspected monopolistic practices”.

Elsewhere, oil prices were down around 1.0 percent.

The pound was the main focus of attention as Britain and the European Union hammered out the final details of a post-Brexit trade deal set to be announced later Thursday.

The front pages of several British newspapers had already proclaimed victory for Prime Minister Boris Johnson in the quest for a pact but in Brussels work continued.

“The announcement by Santa-Boris comes in the nick of time,” Oanda analyst Jeffrey Halley said in a note to clients.

“Still, it leaves the UK isolated internationally due to Covid-19, thousands of trucks marooned on each side of the English Channel and follows more of England’s regions being moved into a hard… lockdown.”

Thousands of truckers endured Christmas Eve stranded near a major British port, ensnared in the chaos unleashed by the new coronavirus strain.

However European nations on Wednesday began easing travel bans on Britain that had been imposed over the strain — which UK officials believe spreads faster.

Equity gains remain constrained by ongoing concerns about the surge in virus infections around the world that are forcing governments to impose fresh containment measures, offsetting hopes for the rollout of vaccines.

Analysts meanwhile said that while US President Donald Trump’s outburst against a $900-billion stimulus agreement was holding up help for American families, the general consensus is that a package will eventually be passed, and possibly with more cash handouts.