Police appealing for witnesses to shooting of Melbourne cyclist, aged 72 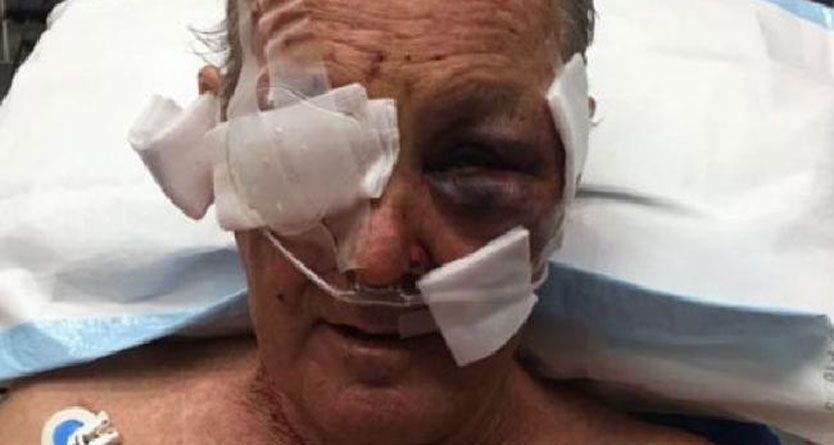 A CYCLING Melbourne grandfather says “angelic protection” is the only reason he didn’t die when an unknown assailant gunned him down on a country trail.

Kelvin Tennant thought he was going to die after being shot twice in the head and once in the chest on February 18 as he rode his motorised bicycle along the Myrtleford-Everton Rail Trail in Everton.

The 72-year-old said he expected the gunman to finish him off as he lay on the ground, but he felt a “powerful” and “very strong conviction” that God would not let him die.

“I had that overpowering feeling that this was the day that God had ordained I do not die, and I strongly believe I had angelic protection that day,” he told reporters on Wednesday.

The retired Ringwood schoolteacher, who was airlifted to Melbourne and spent the following 20 days in hospital and rehabilitation, says he has not wasted “human energy” on anger toward his assailant.

“I heard the crack, crack, crack about three times … I knew I’d been hit but didn’t feel any heavy impact and I think I remember saying ‘what are you doing this to me for?’” he said.

The offender then left the area in a dark-coloured sedan.

Four cyclists — two of whom made statements to police — stopped to help Mr Tennant.

Police say they can establish no reason the grandfather of eight was targeted, and described the attack as “unprovoked”.

“I have been to the crime scene and it was brutal. It was a brutal shooting and Mr Tennant is lucky to be alive,” she said.

She made a fresh appeal for witnesses, saying passers-by or tourists must have noticed something amiss in the busy recreational area.

“It is our belief that somebody passing through that area on that weekend has intimate knowledge of what occurred,” she said.

Police want to speak to anyone who passed by the Burgoigee Creek rest area on the Great Alpine Road around the time of the shooting.

- Advertisement -
Share
Facebook
Twitter
Pinterest
WhatsApp
Previous articleVirat Kohli refuses to back down from cheat claims, ignites fuse for another bitter Test in Ranchi
Next articleIs the Greens’ proposal for a four-day working week a good idea?
- Advertisement -