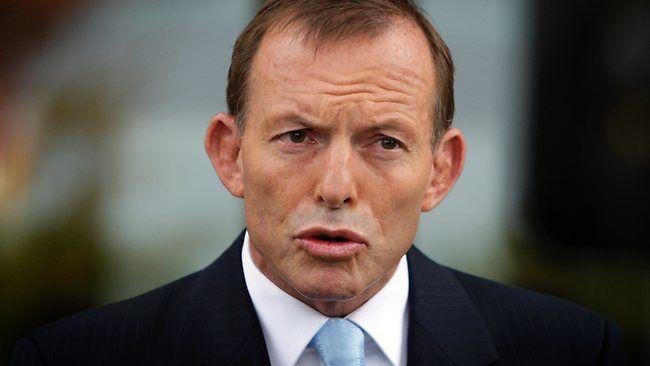 PRIME Minister Tony Abbott has demanded Australian men pull their head in on domestic violence and bad attitudes towards women.

“FATHERS have got to say to sons that it’s just not on to raise your hand against a woman,” he said after a meeting of the Council of Australian Governments in Sydney heard from special task force members Rosie Batty and Ken Lay on Thursday.

“Mates have got to say to mates that it’s just not on to raise your hand against a woman, or to tell that appalling sexist joke.”Mr Abbott was appalled by survey findings that 25 per cent of young men thought it was acceptable in some circumstances to use violence against women.”What is required here is a change of heart by men in particular,” he said.”The one place where people ought to feel absolutely safe is their home.”South Australian Premier Jay Weatherill echoed Mr Abbott’s views.”Men have to understand that they are the central issue in relation to this question of violence against women,” he said.Queensland Premier Annastacia Palaszczuk said it was good to see men showing leadership on the issue, but it had to start early.”Women must also have the courage to stand up and have a strong voice and be able to seek the help that they need,” she said.