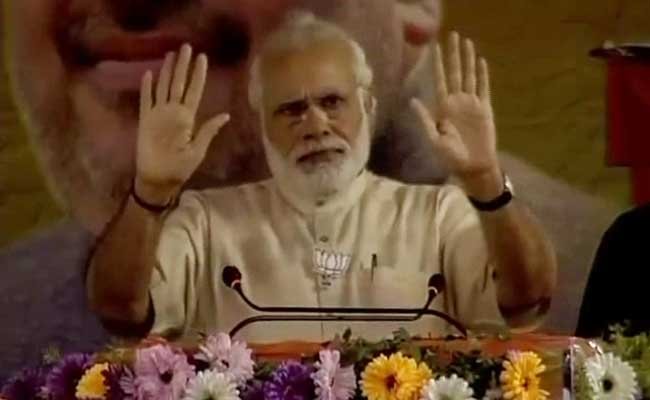 Kharagpur, West Bengal:  While going all guns blazing against the Trinamool Congress as well as the Left Front, Prime Minister Narendra Modi, on his maiden campaign for the West Bengal assembly polls, stopped his speech midway following azaan (Islamic call to prayer) from a nearby mosque.

Canvassing for BJP candidates at the BNR Ground in Kharagpur in West Midnapore district, PM Modi halted his speech as soon as the sound of azaan was heard and waited patiently for its completion.

Even as thousands of people who had gathered there egged him to continue, PM Modi gestured with his hands signalling them to calm down.

“Excuse me, azaan was on. Because of me, there should not be any problem to anyone’s worshiping, so I paused for a few minutes,” PM Modi said, before resuming his speech where he castigated the Communists and the Mamata Banerjee-led Trinamool for destroying Bengal.

Earlier in November 2014, BJP president Amit Shah had taken a similar pause during his address in Kolkata.