Payne: ‘Don’t judge me on my gender’ 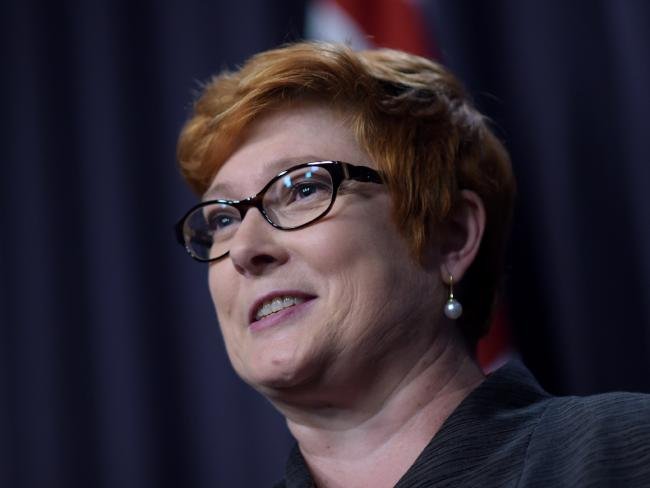 AUSTRALIA’s first female Defence Minister Marise Payne has asked to be judged on her performance, not on her gender.

In her first major media appearance since her appointment to the role on Sunday, the NSW Senator praised Prime Minister Malcolm Turnbull for sending a “real message about gender in this country” by elevating three more women to cabinet.

Commenting on the significant public commentary that has accompanied her elevation to the Defence Minister’s post, Senator Payne said, “all I ask is that I’m judged on my performance not on my gender.”

But she said would be thrilled if her appointment also served to encourage other women to pursue a career in defence or politics.

“If as Defence Minister and as Australia’s first female Defence Minister I can encourage, or that this appointment encourages one extra young women in this nation to consider a career in Defence, or to consider a career in politics — or encourages one woman currently serving in the ADF or part of the Defence public service in what they are doing, then I think that is absolutely fabulous thing,” she said.

“So in terms of Prime Minister Turnbull’s initiative in that regard, bringing me into the cabinet in this role, and bringing my extremely hard working and high performing colleagues Michaelia Cash, Kelly O’Dwyer to join Julie Bishop and Sussan Ley, that is a real message about gender in this country, about gender balance, about balance in leadership and decision making in at the apex of government.”

Senator Payne will be the second woman now on the national security committee of cabinet, joining Foreign Minister Julie Bishop.

Mr Robb, speaking to ABC radio on Tuesday about a Newspoll bounce for the coalition said: “We’ve got just a few months before the very important election.”

This comes as the latest Newspoll figures revealed Malcolm Turnbull’s leadership takeover is continuing to prove popular, with the new prime minister’s personal rating soaring and the Coalition outstripping Labor in the latest poll.

According to the poll published by The Australian, 55 per cent of voters rated Mr Turnbull as the preferred prime minister, giving him a 34-point lead over Opposition Leader Bill Shorten, on 21 per cent.

Mr Turnbull’s rating makes him the most popular prime minister since Julia Gillard in July 2010.

On two-party-preferred terms, the coalition led Labor 51 to 49 per cent, the first time the government has been in front for the last 30 Newspolls.

The survey follows a Galaxy poll last week that also recorded a 51-49 per cent coalition lead over Labor, and a 51 per cent vote for Mr Turnbull as preferred prime minister.

The Newspoll survey was taken after Mr Turnbull toppled Tony Abbott for the top job but before the new cabinet was announced on Sunday, The Australian reported.

Mr Turnbull had cited Mr Abbott’s disastrous poll numbers as a reason for his challenge, saying the government had “lost 30 Newspolls in a row”.

On 7.30 last night, the new Prime Minister was asked whether he would ever utter the traditional politicians’ cliche that the only poll that matters is the one on election day.

“Well, I have only ever said that tongue-in-cheek,” he said in response. “It’s like one of those things that many politicians say: ‘We don’t all look at opinion polls’ … ‘nobody looks at opinion polls’. But you’ve got to remember a single poll is a snapshot in time.

Polls aside Tony Abbott has used his first interview since being deposed as prime minister to slam new Treasurer Scott Morrison for the part he played in his downfall.

He said Mr Morrison never warned him about the impending challenge by Malcolm Turnbull — contradicting the new Treasurer’s comments on radio last week that he had informed the Prime Minister’s Office about the looming treachery.

This comes as it was revealed Bronwyn Bishop turned her back on a lifelong friendship with Abbott and told colleagues she would vote against him in last week’s leadership coup because he had forced her to resign as Speaker.