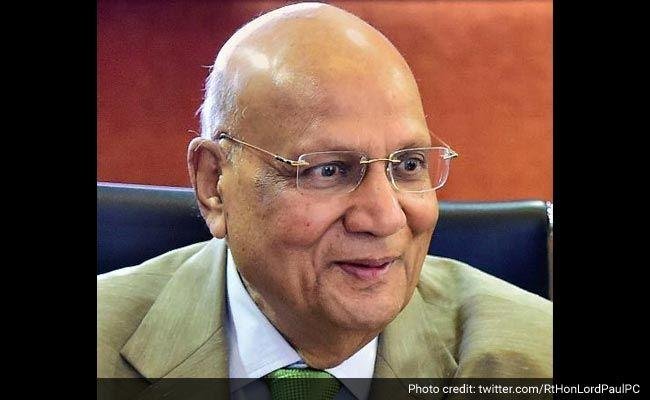 LONDON:  Lauding Lord Swraj Paul and his family, Britain’s former Prime Minister Gordon Brown has said their “dynamism and contribution” to the community has changed the lives of many people across several countries.

Brown praised the leading NRI industrialist and his family while addressing an event at London Zoo yesterday in memory of Paul’s daughter Ambika and son Angad Paul, who tragically passed away last year.

“One of the great, special families of our time and our generation is the Paul family,” said Brown, currently the United Nations’ Special Envoy for Global Education.

“There are a few great families in this world whose enterprise has created jobs for thousands of people, whose charitable work has made life better for perhaps millions of people. There are few very special families whose dynamism and contribution to the community has changed the lives of so many people, not just in one country but working in many countries — India, America and elsewhere to enrich our lives,” he said.

The Labour party stalwart also paid tribute to Ambika Paul, who died of leukaemia when she was just four-years-old in 1968 and for whom one of her “great joys during her short life” was her ability to go around the London Zoo.

“And so in memory of her life, throughout these last 40 years, the Paul family has made it possible for millions of children to enjoy the surroundings of this zoo,” he said, in reference to Lord Paul’s generous donations to the zoo over the years.

“We also celebrate today the life of Angad Paul, a brilliant man with huge achievements in the film industry, steel industry, motor car industry. Not just in Britain, but in Europe, America and in the Indian subcontinent too,” Brown said in reference to the Caparo Group’s former CEO who passed away last November.

Paul, in his tribute, described his children as the “light of our lives” who will be remembered with “our heartfelt love and gratitude”.

“She (Ambika) was an angel who changed our lives. After her passing, we had a son Angad, who was born two years after she died. We always saw this as a gift of god for which we were thankful. Angad was full of energy, ideas, enthusiasm and a passion for life. His life ended tragically, far too soon.

We will always remember him, just as we remember Ambika,” he said.

“Soon after he began working at Caparo, he went to India and started building plants there and we now have more than 30 sites under the Caparo banner,” he said.