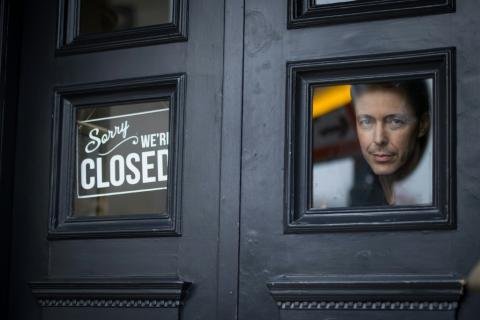 Pascal Aussignac, a Michelin-starred French chef based in London, had been counting on delivering Christmas dinners to recoup his restaurants’ losses after a year blighted by the pandemic.

Then everything fell apart in the space of just a few days.

“I’ve got 50 capons and ducks stuck in France; they’ll never arrive in time for Christmas dinner because we should have stuffed them (already),” he told AFP.

Restaurants in London were forced to close unexpectedly last week in the middle of the crucial holiday season as strict coronavirus restrictions were imposed.

A “no-deal” Brexit would make matters even worse for Aussignac’s restaurants, imposing customs duties and quotas on the local French produce that is his speciality.


Then a snap decision on Sunday by a number of countries including France to halt travel to and from Britain caused a fresh crisis.

Trucks full of food from France have been left stranded on the other side of the Channel.

Aussignac had to break the news to his customers that he would only have stuffing to sell them for their Christmas meal.


“They have to find English poultry,” he explained, adding they would have to cook the birds themselves.

Some customers did not appreciate this development and made their feelings known, he said.

“But this is beyond our control. We are all victims of the situation,” said the restaurateur, who has worked in London for 22 years.


Even if Aussignac ends up not having to pay for the delayed poultry, he is still disheartened by the loss of hoped-for income from the festive meals.

The accounts of his six premises — which include a cocktail bar and a fish and chip restaurant — were already in the red.

They had suffered, like the rest of Britain’s hospitality industry, from a first lockdown that stretched from late March to early July, a second in November and the third which began in mid-December because of a new strain of the virus deemed highly contagious by the British authorities.

Because of social distancing measures he had only been able to serve 22 diners here, instead of the usual 46. That drop in numbers forced him lay off staff.

In an attempt to cover part of the fixed outgoings and salaries not covered by the government compensation scheme, which is capped at 80 percent, Aussignac turned to takeaway sales.

The tables of his Bar Gascon were piled with paper bags ready for delivery. The amount of the order stapled to each one ranged from ?30 for two duck burgers to several hundred pounds for a feast of foie gras and fine wines.

The shift to delivery has also been tricky.

“We didn’t have the appropriate packaging, we had trouble with changing the way food is plated, as it risked getting damaged en route, not to mention the fact that the food cools down during delivery”.

Like many other chefs, Aussignac has started hosting cooking classes on Zoom to supplement his income. He also sub-leases the kitchen of his shuttered Comptoir Gascon restaurant to a start-up called Pro Tempeh that makes an Indonesian-style fermented soy paste.

After Christmas, the chef plans to update his menu: “I’ll make duck a l’orange, a smoked chestnut and salsify veloute and a cheese cake made of Brillat-Savarin (a soft French cheese),” Aussignac said.

These dishes will be made with stocks of duck breasts and duck confit he brought over from France earlier, anticipating probable disruption from January because of Brexit. Otherwise, he will be relying on suppliers in the UK.

Another impact of Brexit is that there are fewer people coming from the EU to work in restaurant kitchens and front of house.

“I have become a British citizen but the company that I have dedicated two decades of my life to is no longer safe here and I fear for the future,” he said.