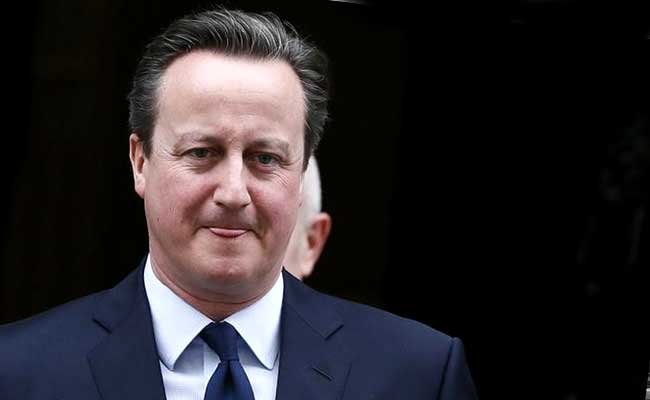 London, United Kingdom:  British Prime Minister David Cameron admitted Thursday he had held a 30,000 pound stake in an offshore fund set up by his father, after days of pressure following publication of the so-called Panama Papers.

Cameron sold the stake in the Bahamas-based trust in 2010, four months before he became prime minister, he said in an interview with television channel ITV.

“I sold them all in 2010, because if I was going to become prime minister I didn’t want anyone to say you have other agendas, vested interests.”

He insisted he had paid income tax on the dividends from the sale of the units, which he bought in 1997.

Downing Street first dismissed the story as a private matter on Monday before saying Cameron had no offshore funds, then saying he and his wife and children did not benefit from any offshore funds.

It later added that Cameron would not benefit from such funds in the future.

The row is the latest headache for Cameron, who faces a tight race to ensure Britain stays in the European Union in a referendum due to be held on June 23.

The prime minister has been under intense pressure from the main opposition Labour party and media this week to come clean over his financial arrangements past and present.

Labour’s deputy leader Tom Watson told Sky News that, while it was too early to say whether Cameron should quit, “he may have to resign over this but we need to know a lot more about what his financial arrangements have been”.

Cameron indicated in the ITV interview that he would be prepared to publish his tax returns although a previous offer to do so in 2012 did not materialise.

The story could be damaging partly because it taps into a perception of the Conservatives as the party of the rich, and its leadership as products of affluent backgrounds educated at some of Britain’s most expensive schools.

“The PM has always been aware that if voters knew the scale of his wealth, they would consider him incapable of relating to their daily struggles,” wrote Isabel Oakeshott, author of a biography of Cameron, in the Daily Mail newspaper this week.

Cameron’s father Ian was a stockbroker who died in 2010, four months after his son became premier.

The prime minister revealed he had been stung by criticism of his father — who he has previously called his “hero” — and stressed that the culture in the finance industry had changed in recent years.

“It has been a difficult few days, reading criticisms of my father and his business practices — my dad, a man I love and admire and miss every day,” Cameron said.