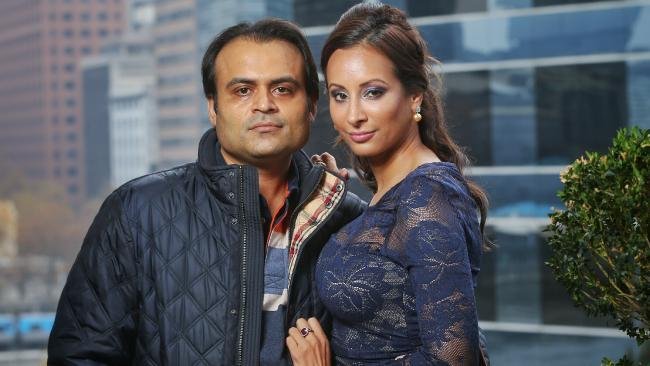 The ANZ bank and Indian businessman Pankaj Oswal and his wife Radhika are believed to be close to settling their $1.5 billion-plus legal stoush.

AAP understands the Oswals and ANZ may be close to a settlement deal with talks between the parties continuing.

The case — over the sale of the Oswals’ Australian fertiliser business — was due to continue in the Victorian Supreme Court on Thursday with Mrs Oswal to be cross-examined but it has been delayed.

Fairfax Media reports the settlement is expected to be well short of what the Oswals were seeking -The Oswals want up to $2.5 billion in damages from the ANZ.

The Oswals — Radhika and her husband Pankaj — are suing ANZ and receivers PPB Advisory for $2.5 billion in damages over the sale of a 65 per cent stake in one of the world’s largest liquid ammonia production companies, Burrup Holdings, in 2012.
The Indian couple sold their share in the company for $560 million.
They say ANZ pressured them into selling their share for less than half its true value and ANZ chief risk officer Chris Page told Mr Oswal to “bloody well sign the documents or we will destroy you” during negotiations in 2009.
Mrs Oswal says she was forced to forfeit her shares in the company — given to her as part of her marriage agreement — as a guarantee over hundreds of millions of dollars in debts her husband has accrued.
“I thought they’d gone nuts or something,” she told the court on Tuesday.

But the bank’s barrister, Matthew Connock QC, said the evidence will show the deal was valid.