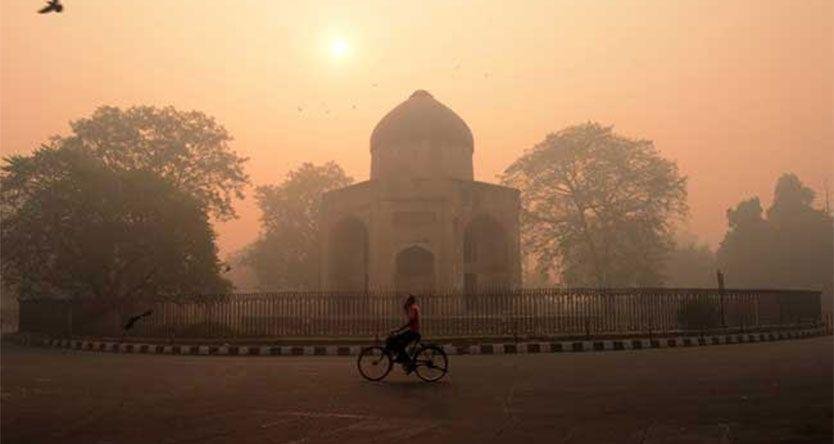 A study by the medical journal Lancet said the leading killer in India was household pollution. Burning ‘dirty’ solid fuel for cooking releases the pollutant PM2.5, leading to premature deaths

NEW DELHI: A new report published in the medical journal Lancet says that the pollutant PM2.5 alone killed five lakh Indians in 2015. For the first time, the report gives the number of deaths caused by each source of the pollutant, usually measured by levels of particulate matter or PM.

The leading killer, according to the study, was household pollution. Burning solid fuel for cooking remains common in India, and PM2.5 produced by this form of “dirty” combustion led to the premature deaths of 1,24,207 Indians in 2015.

“There are somewhere between 60 and 65 per cent household still using solid fuel for some portion of their cooking,” said Radha Muthiah, Chief Executive of International Alliance for Clean Cookstoves. “We are actually seeing close to a million deaths in India as a result of prolonged exposure to household smoke. That’s not just the woman, but also her children and others in the family.”

Thirty times smaller than the width of a human hair, the size of the PM2.5 pollutant makes it dangerous for the human body. Another pollutant, PM10, may get trapped in the throat, but PM2.5 is fine enough to pass these natural barriers and enter the lungs and the bloodstream, doctors say.

Experts, however, are encouraged by the government’s scheme, Pradhan Mantri Ujjwala Yojana, which gives subsidised cooking gas, a much cleaner fuel than wood fire, burning charcoal and chulas.

“In the last one-and-a-half years, because of the initiative of the Indian government, the Prime Minister’s Ujjwala [scheme] has reached the homes of more than three crore women,” said Dharmendra Pradhan, Petroleum and Natural Gas Minister. “We are looking for different ideas for clean fuels.”

Pollution from factories, coal power plant emissions and transport were the other leading PM2.5 sources that killed many Indians in 2015, the Lancet report said. India was the fourth-highest emitter of CO2 or carbon dioxide, and its growing population are getting exposed to a high level of pollution.

According to the report, India tripled its energy output since 1980. During this period, the contribution of coal in India’s total primary energy supply or TPES doubled from 22 per cent to 44 per cent.

Experts say that better enforcement can pave a way around this problem.

“Coal is not always bad. You can also burn it properly,” said Sarath Guttikunda, Director of Urban Emissions, an organisation that collects data on air pollution. “For example, power plants have a new set of environmental regulations in place that have to come in action in December 2017, in a couple of months, but there is a lobby to delay that.”

The Lancet report also said India contributed significantly to the global increase in solar power capacity. It was among the countries which saw an increase in media coverage of health and climate change issues.