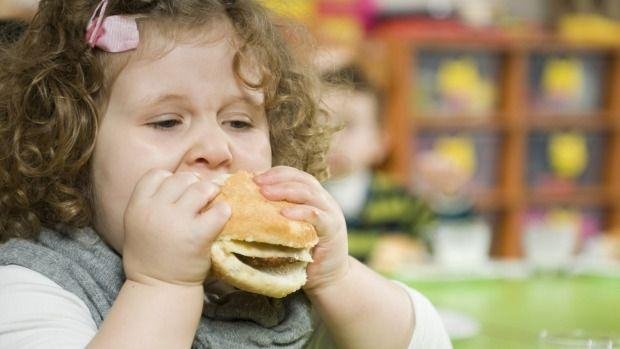 While overweight mothers cop a hefty amount of finger wagging when it comes to the health of their children, dads often escape scrutiny.

But fathers who are obese when they decide to have a baby risk passing on metabolic problems to their sons and grandsons, including diabetes and heart disease, suggest scientists at the Victor Chang and Garvan Institutes.

The researchers found male mice who were obese when they conceived significantly raised the likelihood that their progeny will develop metabolic disease.

The study – though based on mice – had immediate public health implications, the researchers say.

The study served as a warning to would-be fathers that they did not get a free pass when it came to the health of their children.

“Every time I got up to speak about maternal obesity I felt I was making mothers even more guilty than they already were,” said Catherine Suter, lead researcher and associate professor at Victor Chang.

“There has been very little attention paid to how a father’s health might impact his unborn child. A baby’s health has long been considered the mother’s responsibility as soon as she falls pregnant,” she said.

But all male offspring of obese male mice developed fatty liver disease and pre-diabetic symptoms including elevated glucose levels with just a few weeks of consuming a high-fat, high-sugar junk food diet, found the study published in the Molecular Metabolism.

The same was true of the second generation of mice, even when their fathers were healthy when they conceived.

Professor Suter said the results were “absolutely black and white … the grandchildren are at significant risk of getting very sick if they eat a junk food diet, even when their father eats well and is healthy.

“It’s worrying because so many people are obese or overweight and many are in their reproductive years,” she said.

Almost two-thirds of the adult Australian population is overweight or obese, data from the Australian Institute of Health and Welfare shows.

“We need to be aware that dad’s health is just as important [as mum’s], and has an independent contribution not just to the health of their children but the next generation.”

It was only when they were exposed to a western diet that the offspring of the obese dads reacted dramatically.

The findings suggested metabolic phenotypes, not genetic inheritance, were passed on through non-coding RNA in sperm.

Professor Mark Febbraio at the Garvan said the results demonstrated it was possible to break the cycle of obesity.

“This really is a lifestyle disease. You can’t say ‘oh I have bad genetics’, because this study shows that bad genetics are not what is causing this,” he said.

The study come a week after the largest DNA-sequencing study of type 2 diabetes found rare genetic variants did not contribute significantly to the risk of disease.

“You can’t treat your body like a rental car – otherwise you run the risk of propagating this for generations.”

“Fathers-to-be should consider how their health could impact their children and grandchildren,” Professor Febbraio said.

The research team also noted marked improvements among the third generation of mice, with the exaggerated response to a junk food diet disappearing almost completely.

The researchers planned to investigate whether changes in the RNA molecules of sperm was behind the multigenerational effect.