NSW restaurant rules will change from Monday, but there is one pesky restriction that won’t change.

NSW restaurant rules will relax from Monday, but irksome coronavirus precautions like mandatory bookings are expected to remain.

After a rollercoaster year when new pandemic-related restrictions have come and gone, restaurants are expected to take the eased conditions in stride.

One restriction that is likely to stay is mandatory bookings, according to the chief of the industry’s peak body.

Once NSW emerged from lockdown, many restaurants began requiring deposits for bookings to make sure guests showed up, a practice that will also remain, Restaurant and Catering Industry Association chief executive Wes Lambert said.

“We expect this to be a sensible long term solution for many businesses who are seeking to clamp down, and stamp out, the dreaded restaurant no-show,” Mr Lambert said.

“Booking fees or holding credit cards against a reservation have been adopted by many restaurants when their capacity was severely limited at the beginning of the COVID crisis, with many deciding to keep it as a longer term solution to no-shows.”

The Old Clare Hotel in Sydney’s Chippendale neighbourhood demand that anyone who wants to book a table put down a credit card, which is charged $20 per person if the party fails to show up.

There are no plans to change that.

“We still have limited space to accommodate large parties due to the size of the venue, so we’ll probably stay the same, except that we can allow more people,” the venue’s guest sales liaison Luigi Vanacore said.

Sydney restaurateur Fabio Dore said guests had been understanding about all the new rules imposed on dining out this year.

“I think COVID gave us one good thing in the hospitality industry. It’s that people actually understand hospitality isn’t that easy. If you tell a guest today that they have to leave the table after two hours, they understand, whereas before COVID that always led to complaints,” Mr Dore said.

Mr Dore, who owns the Sella Vinoteca wine bar in Randwick, said he never asked for credit card deposits and had no plans to start either.

“I don’t believe in that. I don’t like it when people don’t show up, but so far we’ve been lucky and no-shows haven’t been an issue,” he said.

It’s not so relaxed at Sydney’s Low 302 cocktail bar, which made headlines in May when staff shamed a customer who didn’t show up for a booking.

“We had people on a waiting list who would have been happy to take your reservation … There is a special place for you to burn in hospo hell,” the owners, who couldn’t be reached for this story, wrote in a Facebook post that is still online.

Mr Lambert said the restaurant owners he represented were wise to continue making sure people showed up for the bookings they made.

“A seat at a certain restaurant can be as special as front row tickets to your favourite show, or box seats to the grand final – so it isn’t unreasonable to suggest that businesses want to ensure those seats won’t go empty for no reason,” he said.

Monday’s new rules will mean each person who attends a hospitality venue will only need 2sq m of space to themselves rather than the 4sq m currently required, so restaurants and pubs will be able to seat more people. Smiths turn their back on Warnie 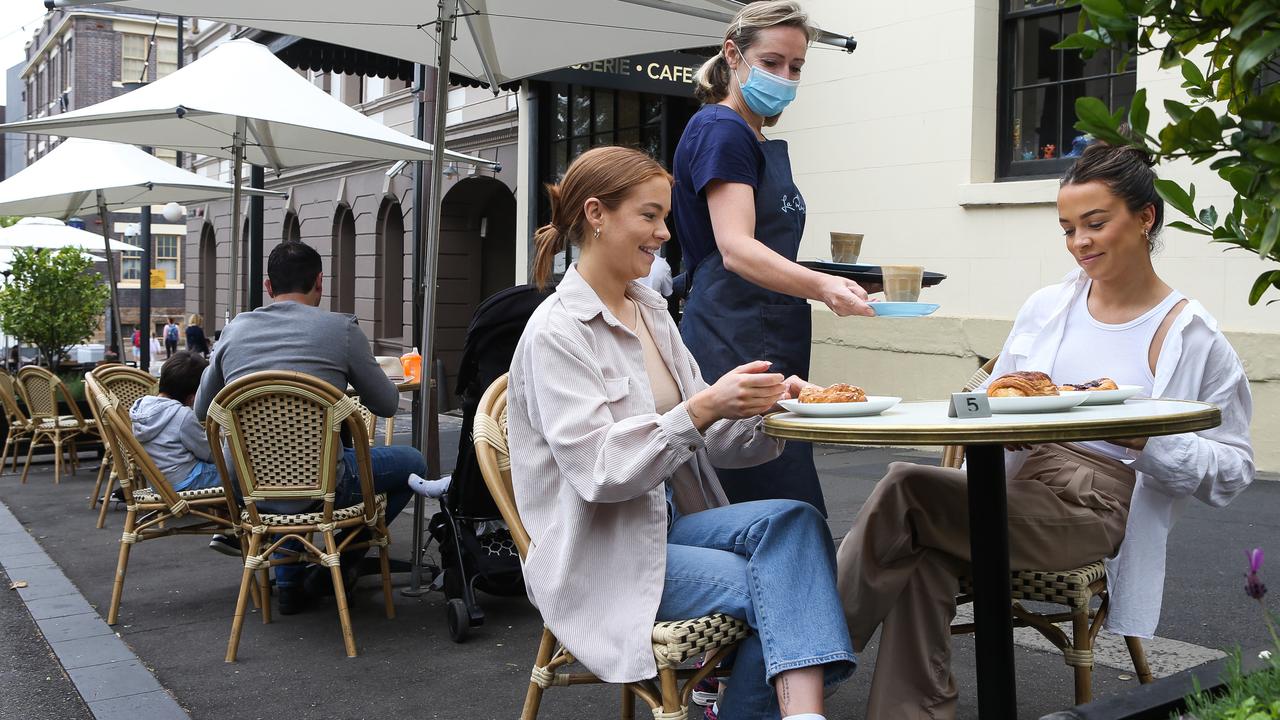 Some NSW residents can get their $100 restaurant and entertainment voucher on Wednesday – but people must do one thing to take part.

Previous articleDaryl Maguire’s ‘fraudulent’ visa recipients remain in Australia
Next articleCOVID-19: WA border call coming next week for NSW, but Victorians should be OK
The Indian Telegraphhttps://theindiantelegraph.com.au/
Established in 2007, The Indian Telegraph is a multi award winning digital media company based in Australia.