NSW Liberal leadership: Who are the candidates to replace Mike Baird as Premier?

Mike Baird announced his resignation today, citing the need to support his family.

A party room meeting is planned for Monday and a leadership spill is expected to happen on Tuesday, but it is unlikely there will be a ballot, as the ABC has been told the leadership positions will be decided by the partyroom earlier.

On ABC News, Mr Baird said he had not backed anyone.

“Gladys Berejiklian would be outstanding, no doubt about it,” he said.

“There is an incredible, talented group of ministers, many have huge potential both short-term and long-term.”

In a statement confirming she would run for the top job, Ms Berejiklian said she was “deeply saddened” by Mr Baird’s decision to retire.

“Mike has been an inspiring leader and a man of enormous integrity who has left an outstanding and indelible mark on the state of NSW,” she said.

“Today is Mike’s day — but I would like to make it clear that I will be standing for the leadership.”

It is likely that Dominic Perrottet will be the deputy leader of the NSW Liberal Party.

These are the likely frontrunners who may contest the leadership positions: 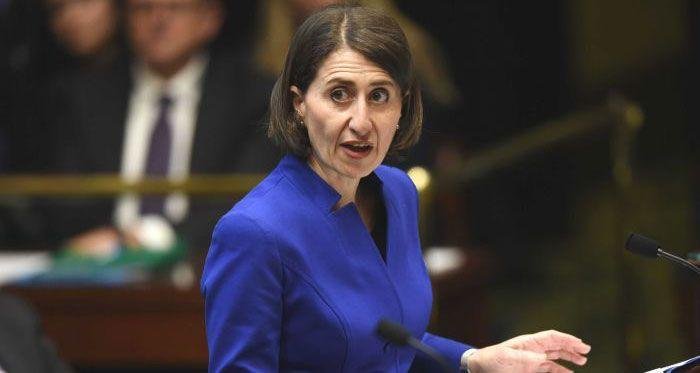 Treasurer and the Deputy Leader of the NSW Liberal Party, Ms Berejiklian is considered the frontrunner to be the next Premier.

Ms Berejiklian is part of the Liberal Party’s moderate faction and was elected unopposed as Mr Baird’s Liberal deputy in April 2014.

The 46-year-old former Commonwealth Bank executive was elected the Member for Willoughby, on Sydney’s lower north shore, in 2003.

She was appointed transport minister after Barry O’Farrell led the Coalition to a landslide win in 2011, a position she held until Mike Baird appointed her Treasurer after the 2015 election.

She is NSW’s first female Treasurer.

In October 2016, Ms Berejiklian declared the state debt free with a final surplus for the 2015-16 financial year of $4.7 billion.

Labor attributed the debt-free status to the sale of infrastructure assets including the partial sale of Ausgrid, but the Government pointed to investment in other projects such as Sydney’s WestConnex and the light rail.

Ms Berejiklian is the daughter of Armenian migrants and a granddaughter of victims of the 1915 Armenian genocide. 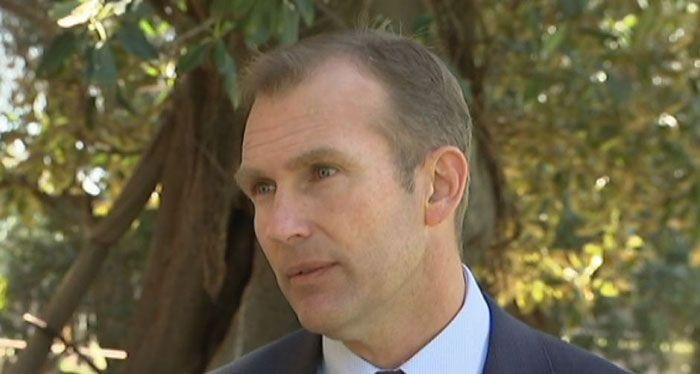 Rob Stokes, 43, is one of the young rising stars of the Liberal Party’s moderate faction — the same group as his potential rival for the leadership, Ms Berejiklian.

However, he is currently overseas, which may disadvantage his chances of rallying partyroom support.

He was elected to Parliament in March 2007 as the Member for Pittwater, on Sydney’s Northern Beaches.

Mr Stokes accepted the key planning portfolio in April 2014, as the Government ramped up its development and infrastructure plans.

Like his friend Mr Baird, Mr Stokes is a committed Christian and likes surfing. 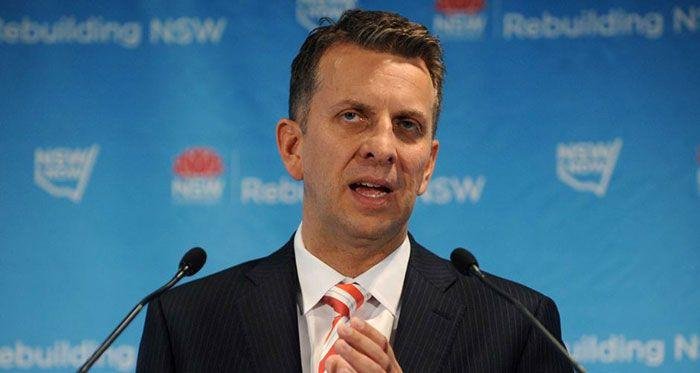 Andrew Constance is also aged 43 and is also a rising star in the Liberal ranks.

He was elected Member for Bega on the state’s south coast in March 2003 and has held the portfolios for Industrial Relations, Finance and Services, and Ageing and Disability Services.

As the current Minister for Transport and Infrastructure he is responsible for delivering billions of dollars of projects promised by the Baird Government.

Most recently he had to deliver the unpalatable message that 2016 would be the worst year yet for traffic disruptions, due to transport and infrastructure projects.

While he promised the gain would be worth the inconvenience, that pledge could come back to bite him.