NSG door ‘not tightly shut’ for India but Beijing not to blame for block: China 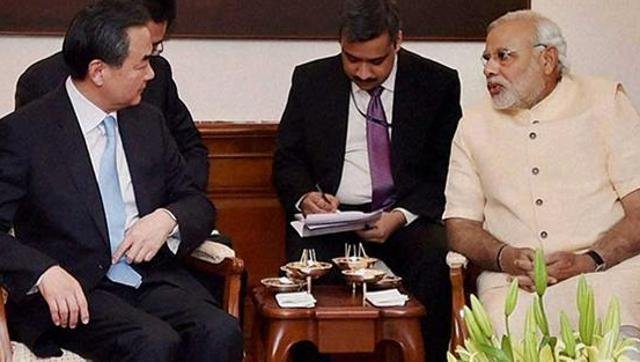 The door to the Nuclear Suppliers Group (NSG) hasn’t been slammed shut for India, China said on Friday as it pointed out that New Delhi had wrongly blamed Beijing for being kept out of the elite club in June.

The NSG door was “not tightly closed” for India, China said, adding the entry would depend on safeguarding the global non-proliferation regime. The remarks in a commentary by state-run Xinhua news agency came as foreign minister Wang Yi began a visit to India.

This is probably the first time since June that China has cautiously indicated India could become a member of the NSG, which controls trade in sensitive nuclear technology.

The commentary by Xinhua – which functions under the State Council or cabinet – also indicated China could have softened its hard tone on India’s entry to the NSG.

“So far, there is no precedent for a non-NPT signatory to become a NSG member. Many inside the body that monitors the global flow of nuclear materials insist prudence in handing a membership card to any non-treaty party,” the commentary said.

“However, New Delhi should not be downhearted as the door to the NSG is not tightly closed. But any future discussions need to be based on safeguarding an international nuclear non-proliferation mechanism, in which India itself has a huge stake.”

The plenary meeting of the 48-member NSG at Seoul in June had ended with India being kept out of the group. Reports said China was the most vocal opponent to India’s entry.

China’s stand has been that India’s membership could not be considered because it is not a signatory to the Nuclear Non-Proliferation Treaty (NPT). Beijing was backed by nearly 10 other countries while New Delhi was backed by the US, Britain, France and a majority of countries in the NSG.

China also put forward its point that India was wrong to blame it for being kept out. “What should be noted above all else is that India has wrongly blamed China for blocking its entry into the NSG,” the commentary said.

The commentary also referred to the South China Sea and said it is part of Beijing’s core interests and that India should appreciate China’s concerns.

“In a joint communique issued by the foreign ministers of China, India and Russia after they met in Moscow earlier this year, India agreed that the South China Sea issue should be addressed through talks between the parties concerned.”

It added: “Given that the South China Sea correlates with China’s vital national interests, it is hoped that India would fully comprehend Beijing’s concerns, and continue to play a constructive role in maintaining peace and stability in the Asia-Pacific.”

“Many believe the trip aims to help rasp off the rough edges of the relationship between the world’s two leading developing countries, and build up consensus ahead of two important summits, the Group of 20 meeting in China and the BRICS gathering in India, to be held in the coming months,” it said.

“As Beijing and New Delhi head into a season of intensive top-level diplomatic encounters that could well define the future of their partnership, the two need to work together to keep their disagreements in check.”

The commentary ended with advice on handling bilateral ties: “China and India are partners, not rivals, and as long as they can properly handle their differences with sincerity and political dexterity, bilateral ties will grow stronger while the two become a force for good around the world.”