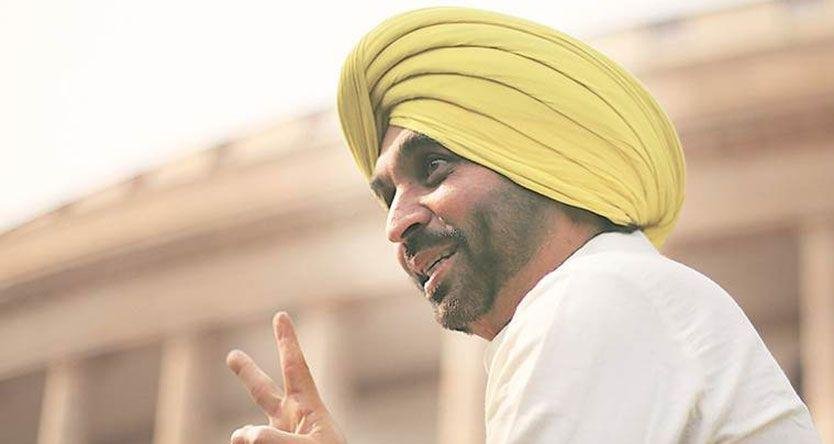 In a video shot by Sarpanch himself, several Mann supporters are heard asking him why he threw a shoe at him as the commotion prevails. No shoe has been captured by the video grab.

AAM AADMI Party (AAP) MP Bhagwant Mann faced protest at a public meeting in Melbourne, Australia, on Tuesday when an NRI, Pappa Sarpanch, asked him to explain why he visited a religious place under the influence of alcohol. The NRI claimed that he stormed the stage and hit Mann with his shoe twice before he was overpowered by the latter’s supporters. AAP, on the other hand, has denied any such incident.

Mann was addressing a meeting of NRIs at Ajooba restaurant in Melbourne on Tuesday evening and had finished lampooning the Badals with his popular parody Kikli, when Sarpanch got up from his seat in the audience and asked him why he went drunk to the bhog of Behbal Kalan firing victims. In a video shot by Sarpanch himself, several Mann supporters are heard asking him why he threw a shoe at him as the commotion prevails. No shoe has been captured by the video grab.

Sarpanch told The Indian Express that he kept his iPhone 6, with its camera lens facing Mann, in the upper pocket of his kurta. But, when he got up to hit Mann, the camera failed to capture the incident. He alleged AAP was live streaming Mann’s show but when the incident took place, they allegedly took it off. Mann was not available for comment despite repeated attempts. Pappa said he was angry at Mann for criticising everyone. “He hits out at Chief Minister Parkash Singh Badal who is a noble soul. He also criticised Prime Minister Narendra Modi. That made me angry. He has taken politics to a new low. Why is he making a mockery of politics? It is a serious business. He should behave like a leader,” he said.