‘Am Not Indian, But Thanks For The Love’: Priyanka, Miss World Japan 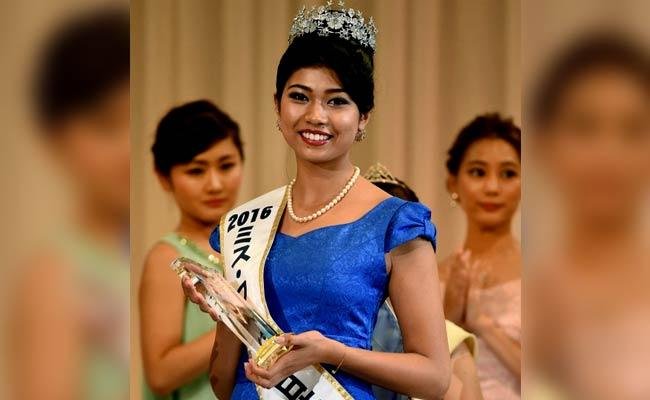 “I am inundated with messages from India, all wishing me luck. I told them I am not Indian but they are still sending me good wishes,” said the 22-year-old beauty queen to NDTV in an interview in Tokyo.

Priyanka’s father is from Kolkata and met her mother after moving there as a student.

She will contest for the Miss World crown in Washington this December.

The 22-year-old, who is licensed as an elephant trainer, vowed to continue the fight against racial prejudice in homogenous Japan, where multiracial children make up just two percent of those born annually.

Her victory comes a year after Ariana Miyamoto faced an ugly backlash for becoming the first black woman to represent Japan.

Social media lit up after Miyamoto’s trail-blazing triumph as critics complained that Miss Universe Japan should instead have been won by a “pure” Japanese rather than a “haafu” – the Japanese for “half”, a word used to describe mixed race.

Priyanka said she visits India regularly and hopes to help homeless children in Kolkata. “I want to build a home for them back there and my father is already setting up meetings for that,” she said, repeating her comments to judges who crowned her. However, she’s clear that she’s not confused about her identity. “There are some who say I am not Japanese but I can’t help it – I am Japanese.”
The avid kick-boxer’s politician great-grandfather once welcomed Mahatma Gandhi for a two-week stay at their home in Kolkata.