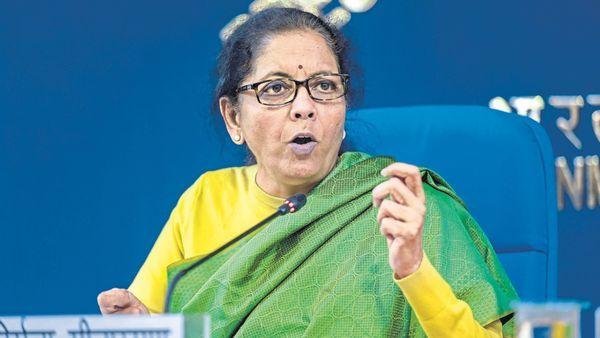 The finance ministry had set up a task force headed by Economic Affairs Secretary to prepare a road map for the “national infrastructure pipeline” from 2019-20 to 2024-25 under the ₹100 lakh crore infra plan. The task force was planning a list 10 major infrastructure projects including greenfield and brownfield projects costing above ₹100 crore each.

-Reform suggestions by various working groups under the infrastructure task force will be taken up with all earnestness. This will include reforming the PPP based contracts, enforcement of contracts and dispute resolution process. “A robust monitoring mechanism will also be established,” Sitharaman said.

-It is estimated that India would need to spend $4.5 trillion on infrastructure by 2030 to sustain its growth rate.

-Private sector to share a 22-25% of NIP investments, Centre and states the rest: Sitharaman.

-We have kept our promise which was made by PM Modi in his Independence Day speech: Sitharaman.

-Annual investor meet is expected to be organised in the second half of 2020: Sitharaman.

-We are looking at various suggestions given by various working groups under the task force: FM

-Out of the projects included in the national infrastructure pipeline, 43% are under implementation, 33% are at conceptual stage and 19% are under development.

-In the next couple of weeks, another ₹3 trillion worth of projects will be added to the project, taking the total to $105 trillion: FM

-Infrastructure is a focus area for the government: FM

-This is the first time that we will have an infra pipeline: Sitharaman.

-The task force has submitted its report in just 4 months.

-We will get projects worth ₹105 lakh crore in infrastructure, Sitharaman said.