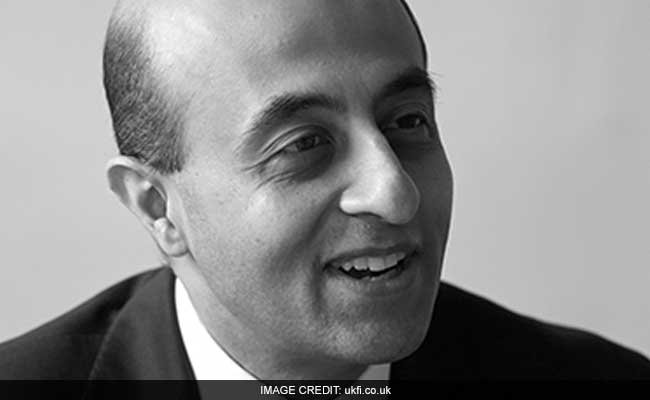 Disgraced MP Daryl Maguire thanked the NSW Premier from the parliament floor after she dipped into her own discretionary fund to give $5134...
Read more
Australia

Video footage captured the horror of bystanders when a woman fell more than 30 metres from a ride at a show in Cairns....
Read more
Twinkle Ghoshhttps://theindiantelegraph.com.au%20
Follow The Indian Telegraph on Google News

LONDON:  Britain’s newest Indian-origin peer marked his entry to the House of Lords by swearing his oath of allegiance to Queen Elizabeth II on the ‘Rig Veda’.

Jitesh Gadhia took along his own later edition of the ancient collection of Vedic Sanskrit hymns dating back to around 1,200 BC and has now gifted it to the British Parliament.

The 49-year-old investment banker of Gujarati-origin had been nominated for his peerage as part of former Prime Minister David Cameron’s resignation honours list and he coincidentally took his oath of allegiance to the country’s monarch on the day Cameron announced his resignation from Parliament yesterday.

“History will judge him (Cameron) to have been a great reforming Prime Minister, who brought the country back from the financial brink. I will be joining parliament at a defining moment in British history as we grapple with the new realities post-Brexit,” said Lord Gadhia, who was accompanied at the traditional swearing in ceremony dating back to 1621 by his 90-year grandmother Gulabben Gadhia, mother Hansaben and wife Angeli.

“Having multiple generations of my family with me for this ceremony was hugely important. I wanted a copy of the original Sanskrit text of the Rig Veda but my research took me to this edition,” he explained.

The copy of the ‘Rig Veda’ used by him, now Lord Gadhia, was edited and published in the traditional Devanagari script in 1849 by German academic Max Muller, a well-known pioneer of Vedic Studies in the West.

Lord Gadhia, board member of UK Government Investments Limited and formerly managing director at private equity firm Blackstone Group, is well known in British Indian circles as a leading Conservative party donor. He had played an active role during Prime Minister Narendra Modi’s visit to the UK last November and was a close aide of Cameron during his prime ministership.

Along with other new peers, he dressed up in traditional red robes to take a writ from the serving monarch called the Letters Patent. As part of the investiture ceremony, new members pledge their allegiance to the monarch and sign the Roll of Peers and the House of Lords Code of Conduct in a ceremony originally introduced by King James I. Over the past few years, new peers have been given the choice to choose their own religious text for the purpose.

There has been some criticism of Mr Cameron as having created more peers than any other modern British prime minister, taking the total active membership of the House of Lords to more than 800 and making it one of the world’s biggest legislative chambers.

He also came under attack for using peerages and other honours to reward his Downing Street aides and key Conservative party figures.

Prime Minister Scott Morrison has lashed out at Victorian Premier Daniel Andrews over his decision not to lift coronavirus restrictions, keeping the vast...
Read more
Australia

Dumped health minister Jenny Mikakos has ripped into the Victorian Government for not lifting coronavirus restrictions in Melbourne on Sunday, saying “any delay...
Read more

Prime Minister Scott Morrison has lashed out at Victorian Premier Daniel Andrews over his decision not to lift coronavirus restrictions, keeping the vast...
Read more
Australia

Hail almost as large as tennis balls could strike across eastern Australia next week as severe thunderstorms are predicted. The east coast is...
Read more