Newcomers to watch out for in 2016 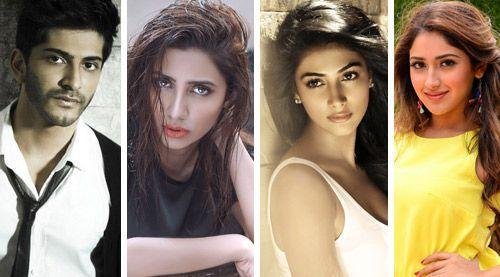 2015 was no great shakes as far as new acting talent is concerned. There is a slew of hopeful awaiting their turn in 2016. Here’s looking at the faces that may go places in the coming year.

1. Ritika Singh in Saala Khadoos: She is a national -level boxer and she has been chosen after auditioning 100 hopefuls to play R. Madhavan’s boxer-protegee in Saala Khadoos. But can she act? Madhavan and the film’s producer Raj Kumar Hirani say she can. We will take their word for it.

2. Neha Khan/Rishab Arora/Shivum Patil/Aanchal Munjal in Ghayal Returns: Sunny Deol plays the solid satellite while the quartet of newcomers play hero-worshipping chelas. Doubtful that actors introduced in a group can make an individual impact. Can anyone remember any of the 5 girls who played Calendar Girls?

3. Navneet Kaur Dhillon in Loveshhuda: Winner Miss World 2013 Navneet makes her debut opposite Girish (Ramaiyya Vastavaiya) Taurani in this urban romcom. When was the last time a beauty queen really made it big?

4. Gaurav Arora in Vikram Bhatt’s Love Games: This model turned wannabe actor has two ladies to woo in this supposedly sexy film. Can this model with a raunchy role become a role model?

5. Saiyami Kher in Mirzya: She is the very talented Tanvi Azmi’s niece and all set to be seen in Rakeysh Omprakash Mehra’s love legend Mirzya. Mehra has never launched new faces before. This has to be interesting.

6. Harshvardhan Kapoor in Mirzya: Anil Kapoor’s son who is being launched by Rakeysh Omprakash Mehra in Mirzya is described by the director as “intense, driven, passionate, uni-focused and a perfectionist.” Quite the chip off the old block but without Anil’s affable nature. Harshvardhan is moody and aloof. We haven’t had a temperamental newcomer in quite a while.

7. Mahira Khan in Raees: She is a household name in Pakistan and India because of her striking presence in Pakistani soaps. Can she make the transition from television to the big screen as smoothly as her co-star Shah Rukh Khan once did?

8. Pooja Hegde in Mohenjo Daro: Ashutosh Gowariker’s lavish period piece has this beauty pageant-winner teamed with, ahem, Hrithik Roshan. Mr Roshan has never been teamed with a new face before except Amisha Patel in his first film Kaho Na…Pyar Hai. Of course there was Barbara Mori. But she was hardly new.

9. Fatima Sana Shaikh/Sanya Malhotra in Dangal: The two unknown ladies get a dream launch as Aamir Khan’s wrestler-daughters Geeta Phogat and Babita Kumari. Whether they can take their career beyond the prescribed limits of their roles in this film remains to be seen.

10. Saiyesha Saigal in Shivaay: The beauteous Saira Banu’s grand-niece made her not-so-successful debut in Telugu cinema with Akhil, the film launching Nagarjuna’s younger son. She is poised for a Hindi debut opposite Ajay Devgn .

11. Waluscha de Sousa in Fan: She has a brief and very interesting role opposite Shah Rukh Khan in Maneesh Sharma’s Fan. No, she doesn’t play SRK’s fan. But in real life she is one.