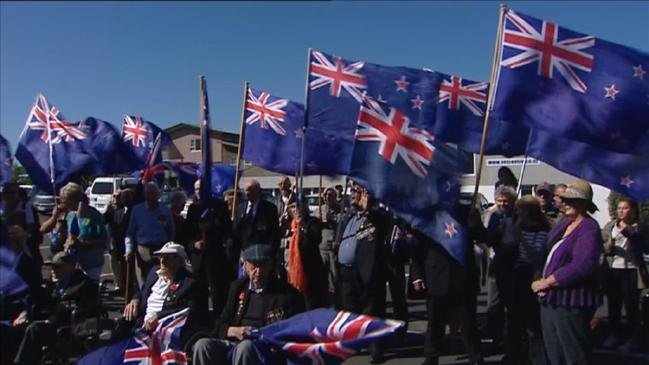 NEW Zealand has voted to keep its current flag by 57 per cent to 43 per cent in the result of a nationwide poll.

More than 2 million people voted in the ballot to decide whether to keep the British Union Jack on their flag or replace it with a silver fern.

The current flag has been the national symbol since 1902. It was up against a new design that was winnowed from more than 10,000 entries submitted by the public.

Support for the current flag was strongest in Maori electorates, including Te Tai Tokerau (78.5 per cent) and Tamaki Makaurau (77.5 per cent), .

Other areas strongly in favour of keeping the current flag included Mangere (70.8 per cent), and Manukau East (67.4 per cent), Newstalk ZB reported.

Those advocating change argued the flag was a relic of the nation’s colonial past and too similar to Australia’s flag.

Those favouring the status quo said the new design was uninspiring or an attempt by Prime Minister Key to create a legacy.

The Change the Flag Party’s Tim Holden said he was “ecstatic” more than a million people voted for change.

“Maybe not now, but in the future … It’s really heartening,” he said.

Within an hour of the referendum result, 61 flags by Kyle Lockwood, who designed the silver fern alternative, were on sale on the website TradeMe.

• 5 alternative designs in the first referendum

• 2,119,953 number of New Zealanders who voted in the second flag referendum

• 13.4 per cent winning margin of the incumbent flag