New Australian airline offers ‘all you can fly’ 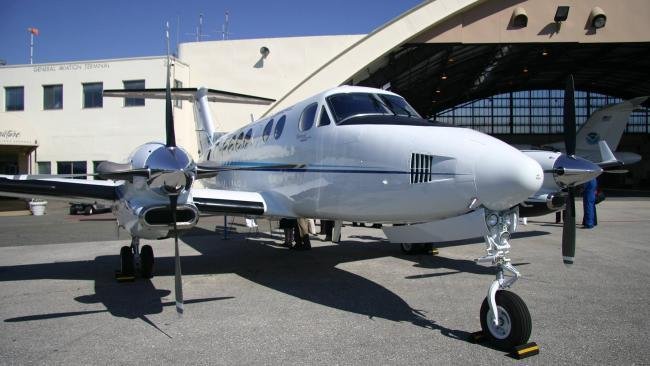 AIR travel is set for a shake-up with the launch of Australia’s first members-only carrier Airly.

The start-up’s co-founders Alexander Robinson, Luke Hampshire and Ivan Vysotskiy have unveiled their ambitious plans to offer unlimited travel to most airports around the country at a fraction of the cost of private travel.

Airly will initially fly between Essendon in Melbourne, Bankstown in Sydney and Canberra, with plans to expand to Archerfield in Brisbane, Moorabbin in Melbourne, Hobart, Adelaide, the Gold Coast and then, down the track, they may even venture internationally.

“There are roughly 15 routes in Australia alone that suit our business model perfectly,” Mr Robinson, 32, from Melbourne, said. “Once we have perfected things in Australia we will set our eyes abroad into New Zealand and Asia.”

The company argues that by bypassing the cities’ major airports, passengers will save heaps of time, including being able to park out the front of the airline’s private terminal and “be in the air within minutes, not hours”.

They will wave bye-bye to the congestion that frequently forces planes to circle air space, those long check in lines and baggage hold ups.

“Airly will save passengers about two hours for a return flight Essendon-Bankstown, over the commercial equivalent Melbourne-Sydney,” Mr Robinson said.

“By improving the inefficiencies of parking a car, crossing a vast terminal, queuing, checking in, security, waiting in the lounge, walking to the gate, waiting for boarding, boarding, being seated, and then doing that all at the other end.

“From a flight time perspective, the time gained in a commercial jet aircraft is only about 20 minutes on these short routes, time Airly members make up threefold on the ground.”

And those who travel frequently on private jets will save money — the unlimited flights cost from $2550 per month, along with a $1000 joining fee, a lot less than regularly chartering a private plane.

At first, there will be 54 flights a week on offer. Passengers will fly on eight-seat Beechcraft King Air 350 private aircraft. Every seat is an isle and window — so there will be no more of the dreaded middle seat ‘armrest wars’ experienced when flying commercial.

Mr Robinson says there has been a positive reaction to the mile-high plans so far.

“The passenger frustrations of flying congested airlines is something many people have experienced, so for Airly to say that we are trying to improve this outdated and inefficient experiences seems to have reached a lot of people.

“We’ve had a lot of people say it’s a good idea and they can understand the problem, and Airly’s proposed solution. There have been a lot of prospective members ask us to commence flying as soon as possible, as they can relate first-hand to the commuter-style and lost time involved in commercial air travel.

“Investors are also interested, and we’re working hard to ensure we are innovative and positively disruptive in this industry.”

The Airly business model follows in the steps of successful Californian start-up Surf Air, which has more than 1000 members and has raised nearly $100 million so far.

It’s hoped Airly’s flights will take off in March this year.

• There are three membership tiers:

3. Airly Enterprise: $3750 per month, use six reservation passes, bring a friend for free every month.

• You need to pay for the first two months of membership fees upfront.

• There will be free Wi-Fi, amenities, snacks and drinks at the airport lounges.

• You reserve your seat four weeks in advance, and up to 30 minutes before departure.

• You can cancel your reservation at any time, without penalty.