Netflix reveals when Aussies became hooked on a TV series 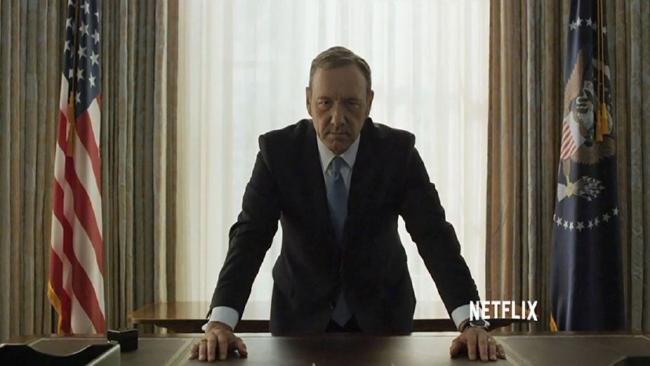 AUSSIES are renowned for embracing new things. When it comes to technology, we devour it.

We love our smartphones, so much so that almost half of us own an iPhone. Not only that but we use these all-in-one devices to read the news more than any other country in the world.

But when it comes to another medium it seems we are a little more cautious in our approach.

While we have embraced live-streaming (and let’s not forget we are also prolific downloaders) the moment we decide a TV program is ‘it’ is slightly behind the rest of the world.

According to Netflix, when compared to other nationalities, Australian viewers take one or two more episodes before they get properly hooked on a show.

The live-streaming company analysed viewing data of both its own series and those that premiered on other networks to find exactly when people became “hooked”.

Unlike other networks, Netflix releases an entire season on the same date, allowing viewers to binge watch if they please.

It argues, based on the data results, that viewers never become fans after the first or pilot episode.

Netflix said it examined viewing data from customer accounts in Brazil, Belgium, Canada, Denmark, Finland, France, Germany, Ireland, Mexico, the Netherlands, Norway, Sweden, the UK and US that started watching season one of any series between January and July this year.

Results from Australia and New Zealand were derived from viewing habits between April and July 2015.

Based on that data, Netflix says it was able to pinpoint the “hooked episode” – when 70 per cent of viewers went on the finish the rest of the season.

They first identified that episode by country, then averaged it to create a global hooked episode.

Netflix says the results gave them the “confidence” about their streaming model.

“Given the precious nature of prime time slots on traditional TV, a series pilot is arguably the most important point in the life of the show,” said Ted Sarandos, Chief Content Officer for Netflix.

“However, in our research of more than 20 shows across 16 markets, we found that no one was ever hooked on the pilot. This gives us confidence that giving our members all episodes at once is more aligned with how fans are made.”

In Australia, the shows we became hooked on the quickest are legal drama Suits (after three episodes), thriller The Killing (after five), Grace and Frankie (four) and Orange is the New Black (four).

“There’s a unique sense of intimacy with creating a show for Netflix. Knowing you have an audience’s undivided attention and that in essence, they are letting these characters in their home, we unfolded storylines at a more natural pace,” said Marta Kauffman. “In episode four, we see Grace and Frankie having no choice but to confront their fear, anger and uncertainty head on, which to me as a creator was a nice turning point to shift the narrative to focus on the future instead of the past; it is nice to know viewers were there right along with us.”

Netflix says that despite differences for countries and programs, the hooked moment had no correlation to audience size or strength.