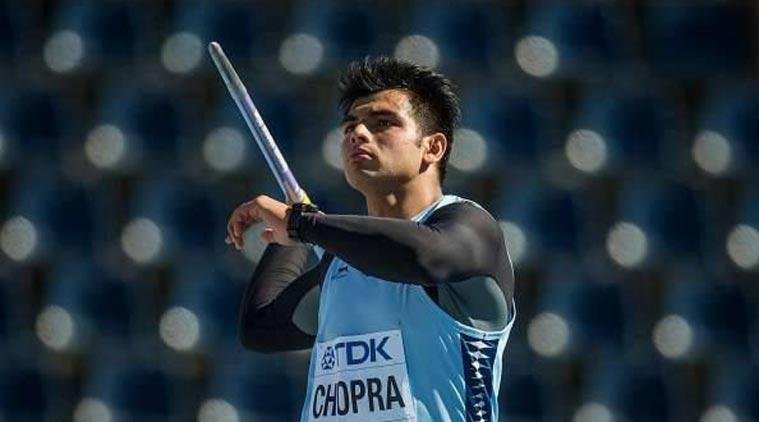 Javelin thrower Neeraj Chopra created history by becoming the first Indian athlete to become a world champion at any level when he won a gold medal at the U-20 World Championships in Bydgoszcz, Poland, on Saturday evening.

Chopra created a new U-20 world record by throwing the javelin a distance of 86.48m. The 18-year-old from Khandra village in Haryana’s Panipat district broke the old mark of 84.69 metres held by Latvian Zigismunds Sirmais by nearly two metres.

Chopra’s mark is also a new national record. Chopra, who also became the first Indian athlete to set a world record at any level, bettered his previous personal best of 82.23 set at the South Asian Games earlier this year, which incidentally was the old national record.

“When the spear left my hand on that second throw, I had a feeling that this was a special throw. I don’t think I expected it to go over 86 meters but since the last couple of months, I have worked hard on my fitness, my technique and it all paid off today,” Chopra said after his world record performance.

Chopra who had qualified for the final of the U-20 world championships in first position, threw the javelin to a mark of 79.66 in his first attempt. This was good enough for second place behind South Africa’s Johan Grobler who flung the javelin 80.59m in his first attempt. However, Neeraj then hurled the javelin a massive 86.48m in his very next throw which none of his competitors would come close to matching. Chopra threw a modest 78.36m in his third and final legitimate attempt.

To put the magnitude of his achievement in perspective, Chopra’s throw put’s him eighth amongst all throwers this year. It also puts him ahead of defending Olympic gold medalist Keshorn Walcott of Trinidad and Tobago, whose best this year is 86.35m. Indeed Chopra’s effort is better than Walcott’s Olympic winning mark of 84.58 back at the 2012 London Games.

The satisfaction of a world level gold might be tempered by the fact that Chopra missed out on the chance of qualifying for the Rio Olympics. While his throw was far greater than the Olympic qualification standard of 83m, the last date to meet that standard was July 11.

Indeed, Chopra had been attempting to qualify for the Rio Games since the South Asian Games but had been held back by a back injury which he suffered at the Federation Cup in New Delhi in April. His performances seemingly dipped as he made his recovery. He was even pipped to silver at the Asian Junior Championships last month.

However, there was little doubt that much was expected of Chopra. Even before his breakout performance at the South Asian Games, Chopra was being tipped for big things. Coach Garry Calvert, who had coached Australian Jarrod Bannister to a throw of 89.08m back in 2008, had spoken of Chopra’s potential when he had first joined the Indian setup earlier this year. “Neeraj is a natural,” he had said.

What had caught Calvert’s eye about Chopra’s impressive throws was that there was an aspect of its mechanics. “The javelin throw is all about getting the longest movement of the throwing arm in the shortest amount of time. Neeraj has an instinctive feel for the long movement,” Calvert had said.

What had also astounded Calvert about Chopra was the fact that he had never trained with a full time coach until he had arrived at Patiala. Despite that, Calvert had been impressed with the youngster’s steady improvement (a best of 70.19m in 2014, 81.04 in 2015 and then the then personal best 82.23m at the SAG in Guwahati). Calvert had, however, predicted that the youngster was capable of much more.

“In the last one year, Neeraj has made astronomical improvement. But I don’t think it should stop. The best guys in the youth categories kept improving. There’s no reason, why he shouldn’t. In a year, with a bit of luck, he could be throwing something special,” he says.

In Bydgoszcz, Chopra indeed did throw that special mark.

On Sunday, as adulation for Chopra continued to rise, Sports Minister Vijay Goel announced a cash reward of Rs 10 lakh for the javelin thrower.