Prime Minister Narendra Modi will log out of his social media accounts for today. 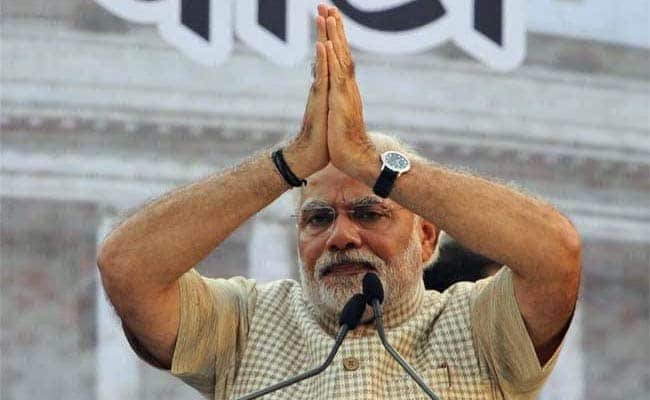 New Delhi: Prime Minister Narendra Modi tweeted this morning he would log out of his social media accounts and give them to “seven women achievers” who will “share their life’s journeys” on International Women’s Day.

“Greetings on International Women’s Day! We salute the spirit and accomplishments of our Nari Shakti. As I’d said a few days ago, I’m signing off. Through the day, seven women achievers will share their life journeys and perhaps interact with you through my social media accounts,” PM Modi tweeted.

“India has outstanding women achievers in all parts of the nation. These women have done great work in a wide range of sectors. Their struggles and aspirations motivate millions. Let us keep celebrating the achievements of such women and learning from them,” the Prime Minister tweeted.

India has outstanding women achievers in all parts of the nation. These women have done great work in a wide range of sectors. Their struggles and aspirations motivate millions. Let us keep celebrating the achievements of such women and learning from them. #SheInspiresUs

The first to tweet from the PM’s Twitter handle was Sneha Mohandoss, founder of Food Bank India. “You heard of food for thought. Now, it is time for action and a better future for our poor. Hello, I am @snehamohandoss Inspired by my mother, who instilled the habit of feeding the homeless, I started this initiative called Foodbank India,” Ms Mohandoss tweeted, along with a video introducing herself.

I work with volunteers, many of whom are outside India, to work towards eradicating hunger. We have over 20 chapters and have impacted several people with our work. We also initiated activities like mass cooking, cooking marathons, breast feeding awareness drives- @snehamohandoss

On Monday, PM Modi had left social media users wondering as he tweeted that he was thinking of giving up his Twitter, Facebook, Instagram and YouTube accounts in a week. He did not elaborate on the reason behind doing so.

A day later, he shed light on his mystery announcement: on International Women’s Day, he would hand over his social media accounts “to women whose life, work inspire us”.

The announcement on Monday that he would unplug himself from social media had led to much anguish among his supporters and in no time, the hashtag “#NoSir” became a top Twitter trend.

PM’s post was retweeted 49,000 times and got over 172,800 “likes” in just 24 hours. It also triggered intense speculation about the reason in the backdrop of the intense political storm over the Citizenship (Amendment) Act or CAA and the violence in Delhi that left 53 dead and hundreds injured.

Days after a feud between members of late social activist Baba Amte's family came out in the open, his granddaughter Sheetal Amte-Karajgi died at...
Read more
India

Telangana Martyrs’ Memorial to be in a position in six months

The Telangana Martyrs’ Memorial, being constructed within the reminiscence of those that sacrificed their lives for the separate Telangana state, will probably be finished...
Read more