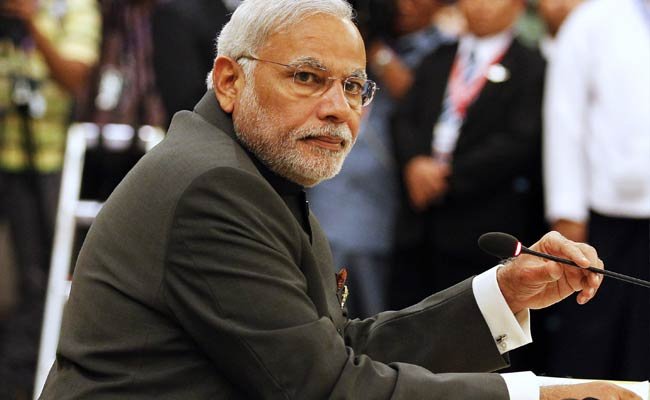 NEW DELHI: As part of its first anniversary celebrations, the Narendra Modi government has decided to take its message directly to the people. Over the next one month, 350 specially designed mobile vans will tour all 643 districts of the country to showcase the government’s initiatives through audio-visuals clips.
The vans will be fitted with LED screens – much like the ones used during the elections. The clips will highlight the pro-poor schemes of the government: the Pradhan Mantri Jandhan Yojana for financial inclusion and the Pradhan Mantri Suraksha Bima assuring accident and life insurance of Rs. 2 lakh on a Rs. 12 premium, among others.

The idea is to counter the Congress campaign that the Modi government is a pro-corporate or “suit-boot-ki-sarkar”.
Besides, a multi-media exhibition to showcase the government’s achievements will be hosted in 60 cities. The exhibition will highlight major economic and social campaigns — Make in India, the Clean India campaign and the Beti Bachao Beti Padho (save and educate the girl child). There is no mention of contentious issues like the Prime Minister’s foreign trips.

Finance Minister Arun Jaitley, who is also in-charge of Information and Broadcasting, inaugurated the exhibition in Delhi today.

“Through these exhibitions and the mobile vans, we want to tell people about the development initiatives our government has undertaken,” said Mr Jaitley.

Senior ministers of the government will also travel across the country to do press briefings but sources say the government has decided against the Prime Minister doing a press conference.

“We were told that the Prime Minister may do a press conference to mark the first anniversary but now it has been decided that he won’t have a formal press interaction at this stage.”

The Congress has planned to hold a press conference on Tuesday to counter the government initiative.