“My style is atrangi..” – Ranveer Singh 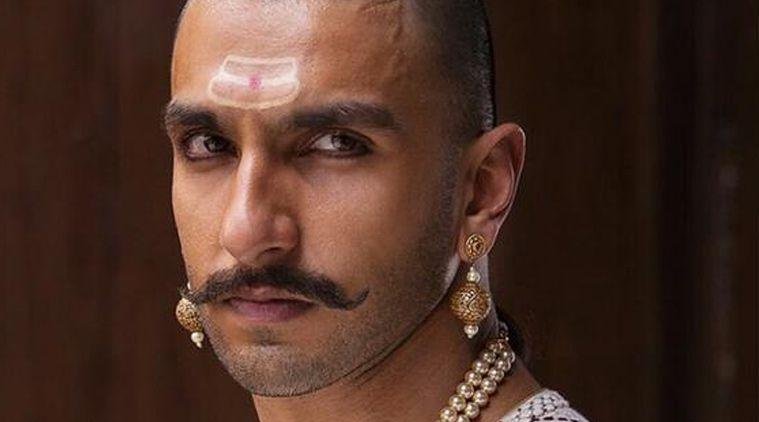 In just five years Ranveer Singh is back where he started from. Versatile actor Ranveer Singh has been signed on to play the lead in YRF head Aditya Chopra’s directorial ‘Befikre’. Ranveer Singh had started his Bollywood career in 2010 with YRF’s ‘Band Baaja Baraat’ directed by Maneesh Sharma. Thus, in the video, the swashbuckling actor entails how he reacted when he finally cleared all his auditions and ‘Adi sir’ called him to his office, sat across the couch and gave him the news.
“It was like deja vu as I returned to the same office and had a chat with Adi Sir. When he told me about Befikre, I reacted the same way as I had done when he told me about Band Baaja Baraat – there was no emotion. And it was the same late reaction – I walked out of the room and slumped in the corridor outside, crying. Again, like that time, Adi Sir came out and simply put his hand on my shoulder and said ‘tu kar lega’. It was overwhelming,” recalls the actor, with a mellowness that is not associated with his public impression.
For an actor who made an entry at a recent awards function accompanied to trance dhols on his portable player, Ranveer Singh is synonymous with energy. He is known as much for his unstoppable joie de vivre as he is for his sense of style.
This guy has worked with the single-minded devotion of wanting to be an actor, after being inspired by his uncle Anil Kapoor. Not many know that his mother’s sister is married to Kapoor. Reminiscing about his transformation, Ranveer says, “”I was an overweight teenager – chubby and rotund. But when I started losing out all that baby fat and when I started body building I realized that it does wonders for your self confidence,” confesses Ranveer, adding, “I feel amazing when I am in good shape so for me it’s a feel good factor. It helps if you have that inner confidence – especially if you are an actor – and that comes from fitness. So for me it’s a choice, it’s a life style choice and I would recommend it to everyone.” The icon of the youth worships Hrithik Roshan, and says, “I idolised Hrithik ever since I saw his persistence for Krrish. Akshay Kumar is also my role model. He is very fit. I have heard that if he has a 6 am shoot, he wakes up at 4 am to work out. Salman was one of the first guys to have a good body, so thanks to him for setting the trend. These people are my fitness icons.”

Not just fitness, but Ranveer is also a master at reinventing his looks – for every single film he has done. The actor had no qualms shaving off his locks for Sanjay Leela Bhansali’s historical epic Bajirao Mastani, shooting for which is going on, on a war footing. “If Sanjay sir asks you to do something, there is never any hesitation,” says Ranveer. Such is his commitment to his craft that Ranveer got in chest-baring shape within a fortnight at the insistence of Sanjay Leela Bhansali. Recalling the incident, Ranveer says, “I was originally supposed to be wearing a kedia, the short Gujarati jacket, for the Tattad Tattad song. But Bhansali sir suggested I would look better without” (laughs). It was anything but easy. Ranveer connected with Hrithik Roshan’s trainer Kris Gethin, who was unfortunately busy with Hrithik then. But he made Lloyd Stevens fly down from UK to train Ranveer for a 12-week programme. “Lloyd monitored me extremely closely. He was staying with me all the time, monitoring every meal, every portion, actually every morsel and my liquid intake. The food was saltless, raw and tasteless and I would not recommend it to even an enemy. He gave me only fish, broccoli, turkey and green tea. The turkey was cooked in less than a tablespoon of oil. I was not allowed rotis or rice or sweets. I was given minimum oil plus my protein shake after a workout. I would carry my six dabbas with me for shooting, where I would heat it and eat it,” reveals Ranveer.

Even now the to-be Bajirao is confident of getting into a beefy muscular look whenever he wants, as long as there is no white rice in sight. “I do not eat rice, roti, bread, noodles or pasta. Sometimes, I do crave rice and rotis, especially when my mom makes Sindhi kadhi at home, but I think that white rice is a big killer. The minute I eat white rice, it starts showing up on my body. I do miss it, though, as it means no Chicken Fried Rice, no Chicken Biryani or Mutton Biryani. My lunch and dinner includes approximately 90 gm of lean meat (chicken, fish or mutton), a bowl of vegetables (cut or stir fried) or sabzi or sprouts. I snack on dried fruits, almonds and walnuts and a protein shake sometimes. I have a weakness for chocolates and sweets in general. Most times, I eat something sweet after every meal. When my diet gets stricter I give strict instructions in the house to hide all the sweets. My valet Sudama Chauhan sits on my head if I cheat. He’ll complain to my director, mother, trainer if I cheat,” says the actor.

Confessing how nervous he was to go bald to play Bajirao, Ranveer says, “It’s not like I had second thoughts but I was jittery as hell when I was in the car on the way to my mundan, in my preparation to become Bajirao. But once it was done I felt very liberated. I started feeling like I was another character. It was supposed to happen much later, but I begged Mr Bhansali to allow me to do it the day that I did it. It allowed me to live with my bald look longer before getting on the floor, which would help me in my characterisation. I had to start getting used to it and start feeling like Bajirao before we began shooting. I am happy with it because it gave me the opportunity to indulge in my obsession with hats!”
Talking about his wardrobe, Ranveer’s dressing style is quirky to say the least. From brocade suits to floral jackets, Ranveer’s fashion choices are anything but boring. To borrow his own description of his clothes, “It is atrangi.” Ranveer is rather cheeky when it comes to discussing clothes and says, “Even though I feel I look best naked, my clothes best define me. I love hats, as everyone may now know. I mix and match them with my trousers, shirts and jackets. I love experimenting with colors and patterns. My most favourite accessory though, is my attitude. I don’t like to wear run of the mill stuff. I style myself according to the mood I am in. I find myself attracted to unique garments. In fact, clothes are my luxury indulgence – even more than watches or shoes.”

Atrangi or not, Ranveer Singh certainly is the man of the moment and as the adage about loving or loathing goes, whatever you may do, it is impossible to ignore him.