Mukesh Ambani is Richest Indian for 9th Year in a Row: Forbes 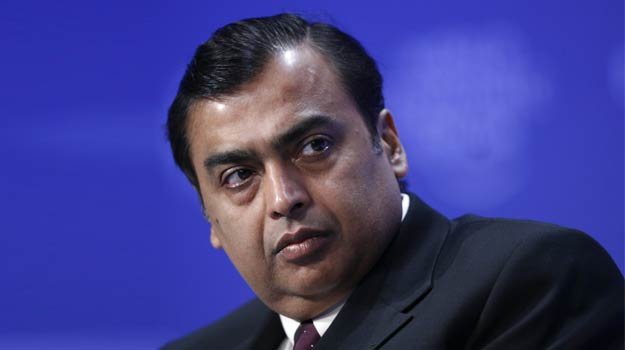 Singapore: Despite a dip of USD 4.7 billion in one year, industrialist Mukesh Ambani was today named India’s richest for ninth year in a row with a net worth of USD 18.9 billion, while ecommerce giant Flipkart’s founders made their debut on the country’s top 100 rich list of the Forbes magazine.

As per the magazine’s latest list released tonight, Mr Ambani was followed by Sun Pharma’s Dilip Shanghvi as second richest with a net worth of USD 18 billion, while Wipro’s Azim Premji retained his third place with USD 15.9 billion.

Flipkart’s co-founders Sachin and Binni Bansal made their debut at 86th position with a net worth of USD 1.3 billion each.

The magazine said the Indian economy was estimated to grow at seven per cent this year, but the wealth of many of India’s 100 richest have gone down due to decline in the stock markets and depreciation in rupee value over the past one year.

As many as 10 of them saw their net worth dip by over USD 1 billion each in one year, including Lakshmi Mittal, whose net worth dipped to USD 4.6 billion (ranked 8th with USD 11.2 billion). His rank also slipped three places.

The biggest gainer was vaccine maker Serum’s Cyrus Poonawalla whose wealth rose from USD 6.2 billion to USD 7.9 million, pushing his rank to the ninth position.