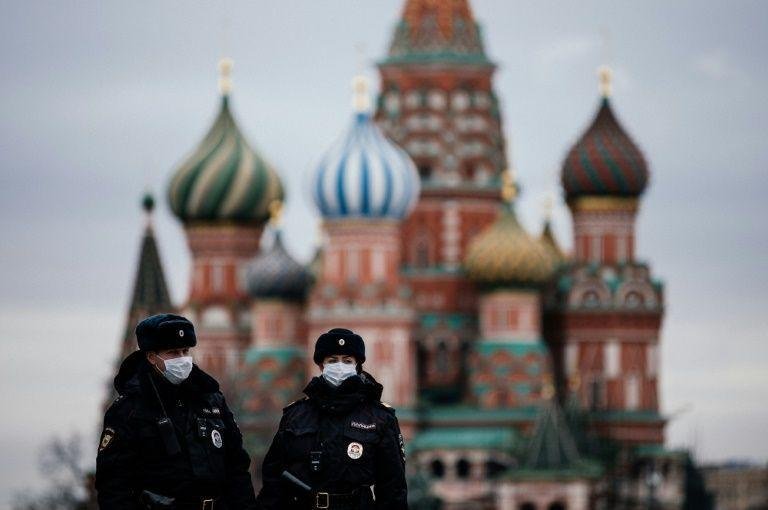 Moscow, with its more than 12 million people, went into lockdown on Monday while other parts of Russia moved to introduce similar steps to curb the coronavirus outbreak.

The enforcement of the strict new rules, which Moscow Mayor Sergei Sobyanin suddenly announced late Sunday, coincided with the beginning of a “non-working” week declared by President Vladimir Putin.

“The situation is certainly serious and everyone should take this very seriously,” Putin’s spokesman Dmitry Peskov said.

Moscow, which has become the epicentre of the contagion in Russia, announced the new measures after many Muscovites failed to heed recommendations to self-isolate and instead went to parks for barbecues at the weekend.

On Monday, Red Square in the heart of Moscow was eerily empty, while the streets of Europe’s most populous city were quiet even though traffic could still be seen on the roads.

Patriarch Ponds, a popular central park, was deserted in the morning except for a lone woman walking her corgi. Police cars drove slowly through the streets, looking out for Muscovites breaking the rules.

Anna, a 36-year-old web designer living in south Moscow, said the lockdown would be hard for her and her five-year-old daughter.

“But I don’t want Arina to get sick,” she told AFP while on her way to buy some bread. “So of course we will observe the quarantine.”

But some were in no hurry to take the new rules to heart. Three teenagers flouted social distancing rules, walking and laughing together.

“Staying home with our parents will kill us quicker than the coronavirus,” said one teen as the others nodded.

Muscovites are now only allowed to leave their homes in cases of a medical emergency, to travel to jobs judged essential, and to go to local grocery stores and pharmacies which need to enforce social distancing.

People are also allowed to take out the trash and walk their dogs.

Over the past 24 hours Russia has recorded 302 new cases – the biggest daily increase so far taking the national tally to 1,835 cases of coronavirus and nine deaths.

But the real number of infected people is believed to be higher and critics have rounded on authorities for not proposing tougher measures sooner.

At a government meeting, Prime Minister Mikhail Mishustin asked regional authorities to prepare for Moscow-style lockdowns, saying it was important to pre-empt a major outbreak.

At least eight regions including the Western exclave region of Kaliningrad have already imposed or were preparing to impose strict quarantines.

Chechen strongman Ramzan Kadyrov was the first regional leader to announce a lockdown last week, banning non-residents from entering the once restive region.

Masked men in black uniforms were policing streets in Chechnya armed with white clubs, according to a video published by independent newspaper Novaya Gazeta.

In a rare televised address last Wednesday, Putin announced that Russians would not be required to go to work this week, but would still get paid.

He also postponed an upcoming public vote on constitutional reforms that would allow him to stay in power until 2036.

The powerful Russian Orthodox Church, which had initially said authorities had no right to close churches, finally fell into line on Sunday, with Patriarch Kirill calling on the faithful to pray at home.

“You can be saved without going to church,” he told believers in an address.

The new isolation rules, which will be policed by a vast system of facial-recognition cameras in Moscow, came into force as Russia also closed its borders.