More than 1-in-4 doctors show signs of depression, says study 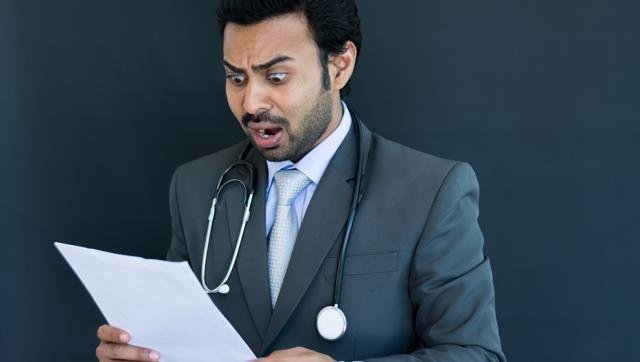 Dream of becoming a doctor? You should read this carefully. More than one in four doctors in the early stages of their careers have signs of depression, said a study. The study claimed the gruelling years of training for a medical job are to blame. That’s bad news not just for the young doctors themselves, but also for the patients they care for as depressed doctors are more likely to make mistakes or give worse care.

The findings, published in the US journal JAMA on Tuesday, came from an investigation of 50 years’ studies that looked for depression symptoms in more than 17,500 resident physicians, also known as doctors in training. By collecting and combining data from 54 studies done around the world between 1963 and 2015, researchers from the Harvard University and the University of Michigan concluded that 28.8% of physicians in training have signs of depression.

“These findings highlight an important issue in graduate medical education,” said corresponding author Douglas Mata, a clinical fellow at Harvard Medical School and resident physician in Harvard-affiliated Brigham and Women’s Hospital. “The prevalence of depression is much higher than in the general population.”

The study also showed a small but significant increase in the rate of depression over the past five decades. “The increase in depression is surprising and important, especially in light of reforms that have been implemented over the years with the intent of improving the mental health of residents and the health of patients,” said co-author Srijan Sen, a psychiatrist and epidemiologist at the University of Michigan.

The researchers noted that depression among residents also affects patients, as previous research has established links between physician depression and lower quality care. In an accompanying editorial, Thomas Schwenk of the University of Nevada School of Medicine said medical training system may need “more fundamental change.”

“The prevalence of depressive symptomatology and disease in physicians in training reported by Mata et al is a significant and important marker for deeper and more profound problems in the graduate medical education system that is in need of equally profound change,” Schwenk said.