Modi govt’s 1 year: Reasonable start, but much remains to be done 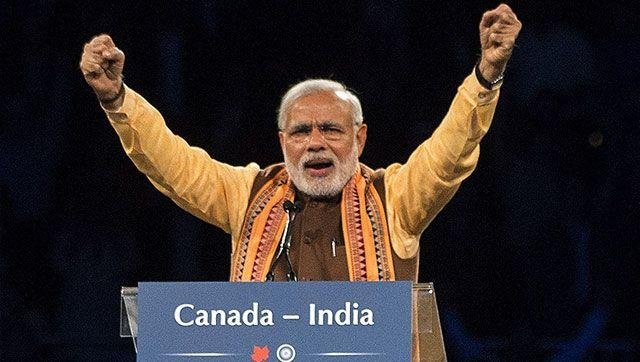 Reaching the 12-month mark in a government’s life is both an opportunity and a challenge. At this stage, comparisons with the past, pointing fingers at one’s inheritance or the shortcomings of the previous government, begin to matter less and less.

The incumbent government starts to be measured on its own terms.

As the Narendra Modi government turns one, that moving out of the United Progressive Alliance’s shadow is a relief. Much of the first year has been spent in cleaning up legacy issues left behind by the Manmohan Singh government.

Modi has been successful in some spheres – the coal auctions; the battle against food inflation, though dangers from a poor monsoon remain; decontrol of diesel prices; an assault on non-merit subsidies.

Indeed, the bulk of major economic legislation the government has navigated through Parliament – from the insurance and coal bills, to even the GST constitutional amendment, which should hopefully be passed in the monsoon session – has been a holdover from the UPA era.

In other areas, the government has been less successful in exorcising the system of UPA ghosts.

The department of revenue’s reckless and rapacious tax instincts and adeptness in creating spaces for rent-seeking are still there. They are at complete variance with the very economic philosophy of the National Democratic Alliance government, as repeatedly enunciated by the Prime Minister and finance minister.

As year two commences, the Modi government is entering its critical midlife. Investments it makes now and undertakes in the coming year will determine its re-election chances in 2019.

The intentions are not in doubt. The plumbing for an economic revival has been done, and the budget of 2015 underscored this. Having been austere in his first year, finance minister Arun Jaitley now has the fiscal space to spend on infrastructure – including a highways and ports programme and a potentially transformative Ganga basin project – that can kick-start the business cycle.

The economy has been central to the Modi government’s concerns. The Prime Minister’s foreign visits have been packed with economic diplomacy, and the strategic decision to link market access in India to at least partially manufacturing and creating jobs here has been appreciated.

In military equipment and IT/telecom, it is a matter of time before quality products begin to bear the “Make in India” label. This is a qualitative change from the purely services-driven growth of the past 15 to 20 years.

To reimagine Digital India as not just a broadband expansion initiative but also a hardware manufacture mission – as Modi has done – is an enormous leap. Of course, it will not be easy or quick.

Like all strong leaders, Modi has left his imprint on governance. He runs an authoritative, centralised ship, but no doubt will look to gradually easing up as younger ministers gain confidence.

More so, as both the captain and moral guardian of his team, Modi has ensured top-level corruption and extortion have almost disappeared from ministerial chambers. This is a sea change from the excesses of the Congress period, and has been noticed.

For all the accusations of crony capitalism that are loosely tossed about, the fact is State Bank of India turned down the Adani Group’s application for a large loan for a risky coal project in Australia. This despite the promoter of the Adani Group being considered a friend of the Prime Minister.

It was very different from the politician-industry nexus Delhi had hitherto known.

Seen alongside the Banks Board Bureau announcement earlier this year to institutionalise public-sector banks’ autonomy, it would seem Modi is serious about insulating banks from phone calls from ministers, and ending the practice of politically-inspired but toxic loans that have burdened the banking system. If Modi delivers on this, India would be forever grateful.

Reasonably begun, but still much to be done: Modi’s agenda for the near future is packed. He has focused on skilling in his early months, but there has been regrettably little thought on education reform, particularly on de-bureaucratising higher education regulation and knowledge formation.

A sharper emphasis on administrative revamp and on delivery mechanisms outside current government structures is also expected of him. His next report card awaits.