Mobile ad-blockers could wipe out billions in ad revenue 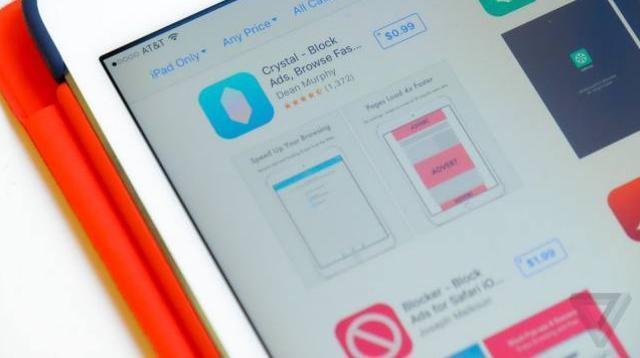 Ad blockers have existed on the desktop for years, but with iOS 9, Apple’s operating system for smartphones and tablets, they have now come to the mobile — and could potentially wipe out billions of dollars in advertising revenue.

There were close to 200 million downloads of ad-blocking software by mid-2015, according to research firm PageFair, but only 1.6 percent of the blocking was done on mobile devices rather than computers.

That could be changing as mobile ad-blocking software becomes increasingly popular across the globe, particularly after the high-profile move by Apple to incorporate it directly into its latest iPhone and iPad operating system iOS9.

The software tends to be cheap and effective. Quickly installed, it reduces the clutter on web pages, speeds up performance and spares users from some of the click-bait that many find hard to stomach.

“When people are even willing to pay to stop adverts, it gives you an idea of how fed up they are,” said Hicham Berrada, head of France de Teads, a video advertising firm.

While the Chinese government trawls websites for politically sensitive content, they remain littered with pop-up advertising, forcing millions to buy apps such as “360 Mobilephone Guard”.

A study by Adobe and PageFair in August said the losses for websites that rely on advertising could be huge — totalling an estimated $21.8 billion (19.3 billion euros) this year and rising to $41 billion in 2016.

But few mourn the loss of nuisance publicities, with Hong Kong tech site Unwire.hk recently promoting the blocking apps even though the magazine itself relies on advertising revenue.

“As an employee of Unwire, writing this tutorial does not do good to the boss’s livelihood, but I also understand some people do not have unlimited data plans and it’s a pain to be receiving data-consuming ad banners,” said reviewer Tim Yan.

There is particular concern that Apple’s promotion of ad-blocking may bring it into the mainstream, where once it was reserved for more tech-savvy users.

“It’s dangerous because it democratises ad-blocking and we know how good Apple is at making these things simple for users,” said Berrada.

Apple has little to lose, given that it does not rely on advertising revenue in the same way as digital competitors like Google and Facebook.

As a result, Google has been more reluctant to embrace ad-blocking apps, although some third-party developers are offering them for Google’s Android mobiles, with one app boasting more than half a million downloads.

“Google doesn’t make it easy because it makes most of its money from advertising,” Silicon Valley analyst Rob Enderle said.

“If advertisers get the sense everyone is blocking ads, they are going to stop funding content,” he said.

“There is a big concern. A lot of publishers can’t take another re-adjustment in ad revenue. The folks who make the primary money on advertising are starting to squawk with concerns.”

Digital media advertising had been forecast to grow 15.7 percent in 2015, according to analysis agency Carat, but that could soon look like a peak.

“We were in an extremely favourable situation because mobile opened up a huge range of functions that were not available on the web,” said Sophie Poncin, head of an Internet advertisers’ union in France, highlighting the particular value of GPS positioning for advertisers.

In an industry in which creative destruction is the norm, the ad-men are already reacting to the new environment and calling for change.

Berrada’s firm recently published a manifesto urging less-annoying ads: an end to pop-up videos that fill the whole screen and give users the option to skip ones they don’t like.

They are also appealing to users to recognise the importance of advertising in keeping the Internet free.

“We never took the time to explain to a user how everything works.”

WhatsApp will halt the rollout of its controversial new update amid protests from users. People will now have three extra months to agree to its new rules, the...
Read more
Uncategorized

There hasn't been a dull day for theatre owners of both single screens and multiplexes across India since the release of South superstar Vijay's Master. Theatre owners have been...
Read more