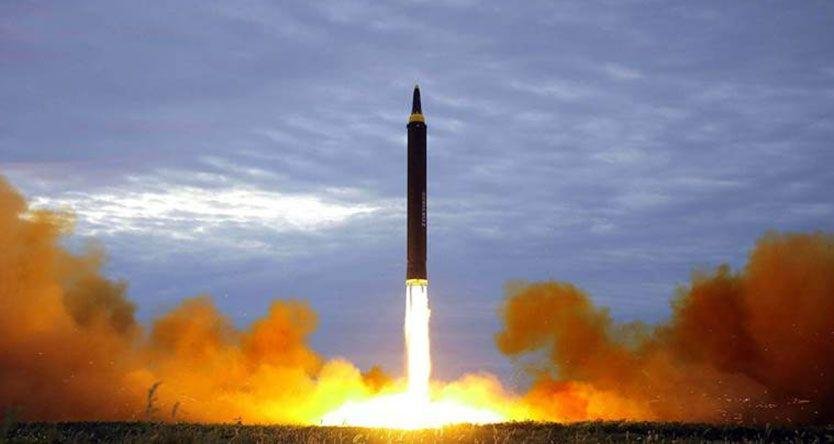 North Korea often uses provocative tests to mark key historical commemorations and the country is celebrating the 72nd anniversary of the founding of the ruling Workers’ Party on Tuesday.

South Korea said on Tuesday it was maintaining full military readiness following intense speculation of a possible ballistic missile test by the North as it marks a key anniversary. Tensions over North Korea’s weapons programme have soared in recent months with Pyongyang launching a flurry of missiles and conducting its sixth and most powerful nuclear test in defiance of multiple sets of UN sanctions.

North Korea often uses provocative tests to mark key historical commemorations and the country is celebrating the 72nd anniversary of the founding of the ruling Workers’ Party on Tuesday. A spokesman for the South’s Joint Chiefs of Staff said its military was closely monitoring the movements of the North Korean army and maintaining full readiness.

Consistent movements of personnel and equipment were being detected in certain locations in the North, Yonhap news agency reported, suggesting that preparations for another weapons test might be underway. Pyongyang conducted its fifth nuclear test on the anniversary of the founding day of North Korea last year.

It remains unclear whether North Korea is holding official celebrations for the party anniversary or if its leader Kim Jong-Un is making any public appearances for the occasion. The North’s official media touted the party’s byungjin policy — which pushes for simultaneous development of nuclear weapons and the economy — and added that military power was “the guarantee for victory”.

“We must complete the construction of the national nuclear force by thoroughly upholding the party’s byungjin policy,” said a front-page editorial carried by the Rodong Sinmun newspaper to mark the party anniversary. “We must hold high the banner of the great byungjin policy to accelerate the final victory in the anti-America Armageddon,” it said.