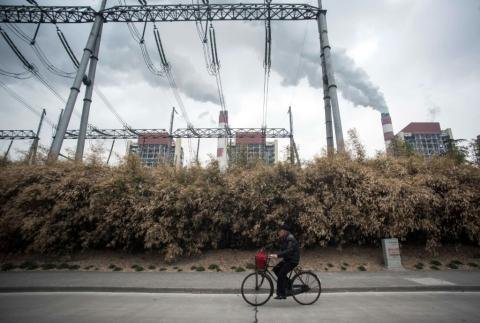 Tens of millions across China are facing power shortages in below-freezing winter temperatures, as three provinces impose curbs on electricity use due to surging demand and a squeezed coal supply.

Residents, factories and businesses in Hunan, Zhejiang and Jiangxi provinces have been ordered to ration electricity with some areas citing a shortfall in coal supplies, according to local media reports and government notices.

China’s rebound from the Covid-19 pandemic has been driven by energy intensive industries such as construction, heaping pressure on the power grid and coal supplies, said Lauri Myllyvirta, lead analyst at the Centre for Research on Energy and Clean Air.

Earlier this month, Hunan authorities ordered all billboards and outdoor lighting on buildings to power off for long periods each day and a temperature cap on indoor heating at entertainment venues.

Hunan faces a shortfall of 3-4 million kilowatts of electricity this winter, local officials admitted last week, as demand soars due to unusually cold weather that will hit as low as -10 degrees Celsius.

Office workers in provincial capital Changsha complained on social media about being forced to climb dozens of flights of stairs and freezing indoor temperatures as a result of frequent power outages.

“My office heating has already been stopped, and there were blackouts on December 1, 3 and 5. Temperatures will drop to minus 8 degrees around New Year’s Day, will I freeze to death in Hunan?” one Weibo user wrote last week.

Meanwhile in Zhejiang province, factories in the manufacturing hub of Yiwu have been told to stop operations and streetlights have been turned off at night as part of an emissions-saving drive by the local government, according to media reports and photos circulated on Weibo.

China’s rebound from the Covid-19 pandemic has been driven by energy intensive industries such as construction, heaping pressure on the power grid and coal supplies
AFP


China’s top economic planner, the National Development and Reform Commission (NDRC), on Monday sought to reassure the public by saying the electricity supply is “largely stable”, and pledged to increase generation capacity and coal procurement.

The power crisis points to the challenges fast-growing China faces in balancing the needs of its vast population with strict carbon emissions targets promised by its leadership.

China — by far the world’s biggest consumer of coal — is pivoting to renewable energy sources to meet a pledge to peak carbon emissions by 2030 and reach carbon neutrality by 2060.

Speculation has swirled online that the power shortages may be self-inflicted wound as a result of China’s embargo of Australian coal, which has left ships stranded at ports, unable to offload large quantities of coal.

However, Australian coal only made up about three per cent of last year’s total coal imports of 265 million tonnes, according to data from the National Bureau of Statistics.

“But China-Australia tensions have caused significant worries in the commodities markets, driving up domestic coal prices.”