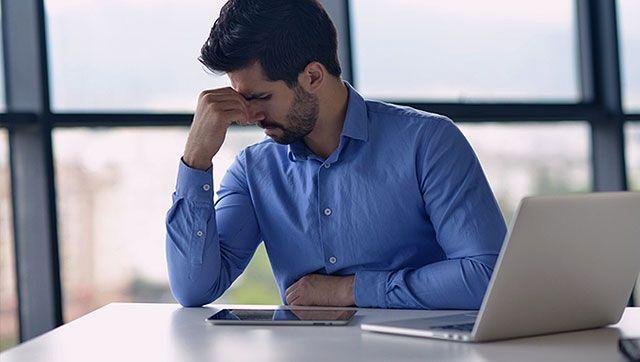 Brace yourself, there’s some bad news! According to a study, mid-level managers suffer higher rates of depression and anxiety than those at the top or bottom.

“We explored how social class might influence depression and anxiety in ways that may be masked or incompletely explained by standard socio-economic status measures,” said first author Seth Prins from Mailman School of Public Health at Columbia University in New York, US.

Class designations were made by sorting respondents into three categories: Owners, who identified as self-employed and earned more than Rs 46,66,050; managers and supervisors, who occupied executive, administrative or managerial positions; and workers, who were defined by various occupation categories including farmers and labourers.

While social disadvantage related to income and educational attainment is associated with a higher risk of most adverse mental health outcomes, these latest findings show that people towards the middle of social hierarchies suffered higher rates of depression and anxiety based on their social class and position of power in the labour market.

“Our findings highlight the need for population health research to both conceptualise and measure social class in ways that go beyond the standard measures of socio-economic status,” Lisa Bates, assistant professor of epidemiology at Columbia University, noted.

“Standard measures are most readily available, but can mask important complexity in the relationship between social class and population health,” Bates noted.

The findings appeared online in the journal Sociology of Health & Illness.