Michelle Rowland’s Speech In Parliament House On Cyclone In Fiji 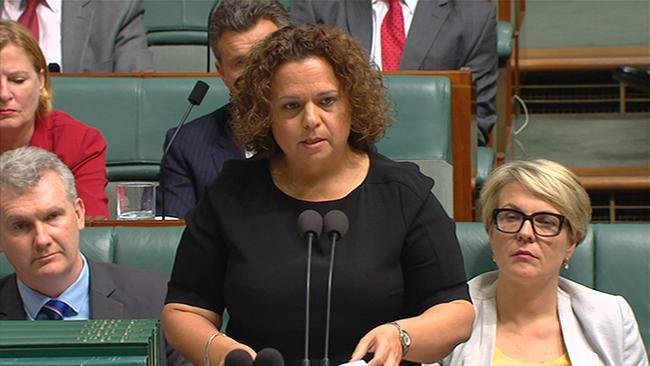 My Fijian heritage is something I am very proud of. My mother was born in Fiji. One of my brothers and my sister was born there. My father lived there for many years and I still have many relatives there. I was there in 2014—along with the member for Kingsford Smith, who is here in the chamber tonight also—as part of the international observer delegation when democracy was brought back to Fiji. I took my husband and my daughter there for the first time last year.

It is, therefore, with great sadness—and I know the House will share in this sadness—that we witnessed recently Cyclone Winston, the most severe cyclone to ever make landfall in Fiji and, as I understand it, the worst storm to hit the Southern Hemisphere overall.

As far as we know, 42 people have been confirmed dead, a number which is unfortunately expected to rise. Homes, food and crops have been destroyed, and a state of emergency has been declared. In the aftermath of this terrible disaster, up to 80 per cent of the country is without access to power.

Australia has been very generous, as it should be, with the provision of $5 million of aid and supply, with relief being delivered through the Red Cross and UNICEF, as well as Australian NGOs, including CARE and Save the Children. I note that HMAS Canberra has been deployed. I would like to thank all of those who serve and are assisting. The scale of the homelessness, of the farmers who have lost their livestock and their livelihoods, of the schools that have been destroyed and of the trauma being experienced by the children of Fiji is absolutely heartbreaking.

I heard, only recently, of the level of practical assistance that Australia is providing. Tonnes of soap are being airlifted through an aid agency with the message that it is now at the stage where the threat of disease is probably the worst factor. Local community groups around Sydney and, I know, around many other parts of Australia are doing their bit with fundraising drives and raising awareness. In the long term, with tourism being such a major source of revenue for Fiji’s economy, I know the Fiji people will want us all to go back. Australians have long enjoyed a relationship with Fiji. It is a country of such great potential. Australia’s ongoing relationship with Fiji needs to continue past this phase. I know that Australia will continue to be generous. We need to ensure that their institutions of government and civil society are made strong and that we do not forget, immediately, in the aftermath.

As I have noted in media reports, aid has begun trickling in. There are some 35,000 people still sheltering in evacuation centres. That is 35,000 out of a population of around 900,000—so you get some idea of the scale. International aid agencies said supplies were being delivered but the scale of the damage to infrastructure, particularly jetties and communications equipment is making it so difficult, particularly in reaching those most remote islands and communities. Save the Children Fiji’s chief executive reported that it is particularly important that children receive immediate care and support. One of the reports noted that, ‘Koro Island, which lies in the Koro Sea between Fiji’s two largest islands, was one of the worst hit’ and that food and food security is at around five to 10 per cent in some of those main centres.

I also note that in providing Australia’s assistance in many different ways, one of the best forms of assistance we can give is our access to knowledge and our human capital. Today, on the ground in Fiji, it is quite clear that there is a lack of labour or resources to appropriately deal with the aftermath. With hundreds of thousands of families without power, and electricity being the foundation for providing ongoing relief and assistance, more needs to be done.

I have been contacted by Professionals Australia, who have noted that there is great concern in Australia and a great desire to assist all of their connections with the Fijian community. As I understand it, a formal offer has been extended to the Department of Foreign Affairs and Trade to provide assistance in Fiji where possible. But it is also my understanding that in order to provide assistance a written request is required from the Fijian Prime Minister’s office. I look forward to receiving a positive response from the Prime Minister of Fiji, the Honourable Frank Bainimarama, to allow skilled Australian electrical workers to provide assistance in this time of such great need.