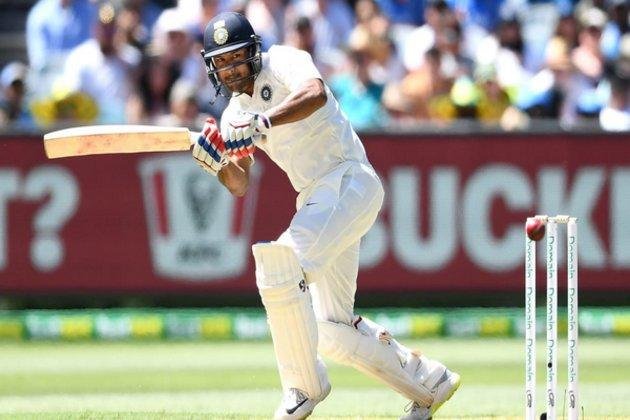 Melbourne [Australia], December 25 (ANI): Ahead of the second Test against Australia, India batsman Mayank Agarwal on Friday recalled his Test debut and said he will always cherish that moment of his life.

Mayank made his longest format debut against Australia at Melbourne Cricket Ground on December 26, 2018. He played knocks of 76 and 42 in his first Test match that India won by 137 runs.

Taking to Twitter the opening batsman wrote, “26-12-2018: For a kid, who always harboured dreams of representing his country, I had a lot of emotions running through my mind after receiving the test cap. The memory of walking out to bat at the MCG hasn’t sunk in yet. A memory I’ll cherish forever!”Exactly after two years, Mayank is all set to play at the same ground in another Boxing Day Test against Australia.

Earlier in the day, India named their playing XI for the second Test. The visitors made four changes as Shubman Gill comes in for Prithvi Shaw, Ravindra Jadeja for Virat Kohli, Rishabh Pant for Wriddhiman Saha and Mohammed Siraj for Mohammad Shami.

Gill and Siraj are set to make their debut in the red-ball game. Virat Kohli will miss the remaining series as he was granted paternity leave by the BCCI to be with wife Anushka Sharma for the birth of their first child. In Kohli’s absence, Ajinkya Rahane will lead the Indian side.