MasterChef Australia: What latest eliminated contestant Nidhi Mahajan did next 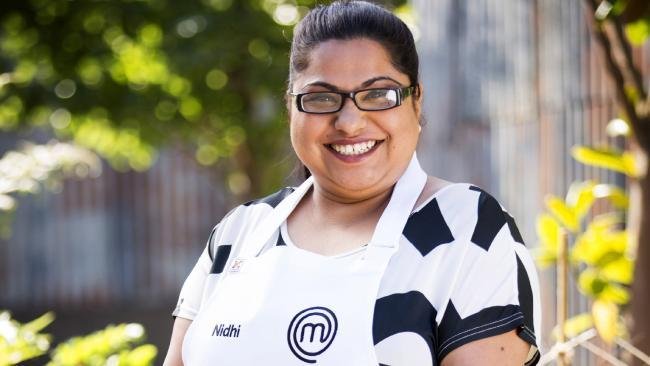 THE happiest and chattiest contestant on MasterChef Australia is the latest budding chef to be eliminated from the competition.

The 30-year-old — who received possibly the biggest compliment of her life when she was told by Marco Pierre White that he wished she owned a restaurant near him so he could “visit it every week” — said the experience was life changing.

“I loved everything about (MasterChef),” Nidhi said. “Being with so many other people who are passionate about cooking and Marco Pierre White loves my cooking like anything.

“This experience is something I’ll be cherishing for the whole of my life. I’ll be giving inspiration to so many other people to show that a simple person like me can cook. In this country especially if you work hard, dreams do come true.”

Since leaving the competition, Nidhi has returned to her job as a call centre worker, but has big plans to follow her food dream.

“I love my job, I get to talk to people,” she said. “You have to love what you are doing.

“I travel on public transport and I still get people taking photos on the bus. One of the people said I laughed a lot and I sounded like Nidhi the curry queen from MasterChef but I didn’t say anything.”

Nidhi plans to juggle her call centre work and cooking and hoped to get a home chef and takeaway business up and running in Adelaide with her husband Sumit.

“If I have eight hours in the call centre, the other eight hours goes to food,” she said.

“With my husband I’ll be opening a business where I will come to people’s houses and taking over their kitchens and they will be the guest at their own dinner and can enjoy the party with their friends.

“We can decide a menu and then I’ll be serving them the way you do in a restaurant, but at home.”

Nidhi and Sumit also plan to make takeaway available to people from their home.

“I will sell takeaway meals from my home only, so there’s a feeling that everything is homemade and I can meet people that way. I will be making meals fresh every day because what I’ll be selling to people is what I’ll be eating at home.”