Marriage is ­definitely on the cards: Priyanka Chopra 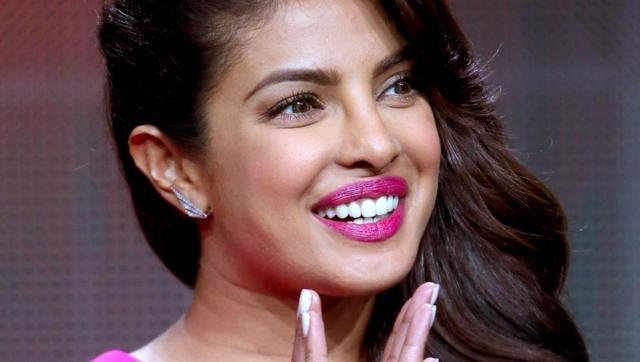 Actor Priyanka Chopra has hinted that she might soon tie the knot. While talking to a magazine, the actor said that marriage will ­happen for sure. “Marriage is ­definitely on the cards, but will happen when the time is right. It will happen when it is destined to,” she was quoted as saying by the ­magazine Bazaar Bride.

Opening up about her take on romance, Priyanka emphasized that her prince charming should be someone who can keep her happy and entertained at all times.

“I get bored easily, so a man who can keep me engaged is surely worth it,” she added.

Priyanka is undoubtedly one of Bollywood’s most celebrated stars at the present. The 33-year-old, who was last seen in the critically acclaimed Bajirao Mastani, is on a roll as she is taking the global circuits by storm with her recent brush with Hollywood.

Her TV series Quantico has impressed the audience in the West and Chopra is hopping from one red carpet event to another.

Priyanka graced the cover for the second anniversary issue of Harper’s Bazaar Bride. On the cover, the Desi girl is seen in a modern bride avatar and she exudes power, beauty and confidence like never before.

Styled by Divyak D’Souza, the actress is wearing a Dior jacket, top by Anamika Khanna, Lehenga by Abrham and Thakore. Of course, the highlight of the look are Christian Louboutin shoes.

Priyanka might be enjoying the praise coming her way for her performance in an international TV show lately, but the actor is certain that she won’t compromise on her projects back in India. Currently, there’s a lot of buzz around her upcoming film, Jai Gangaajal, the trailer of which features her in a very different avatar. She plays a police officer in the movie.

Most recently, Priyanka turned a superhero for a gaming app. She took to social media and posted a picture of her animated character Ms. Marvel from the game, Marvel Avengers Academy. Priyanka has given her voice for the character.

On Instagram, she captioned the picture, “From Miss World to Ms. Marvel what a ride! I’ve always wanted to be a super hero, so it was amazing to give life to Ms. Marvel in MARVEL Avengers Academy. She’s a very human superhero.”