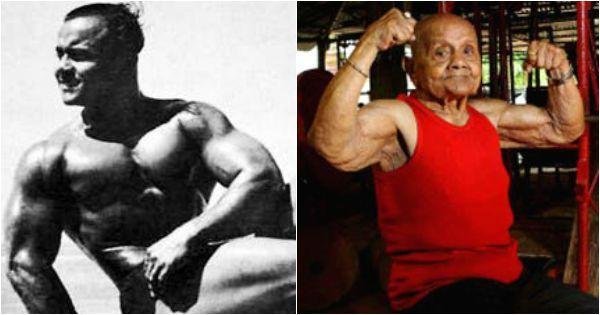 Kolkata: Bodybuilder Manohar Aich, 104, who was once a household name in Bengal after becoming India’s first Mr Universe in 1952, died at his Baguiati residence this afternoon, according to family sources.

“Aich was on a liquid died for last 10-15 days and had stopped talking. He breathed his last at 3.50pm,” his son Khokan Aich told PTI.

Aich is survived by two daughters and two sons, one of whom manages a gym and fitness centre to fulfill his father’s dream of making the youth “healthy and strong”.

“Never quit exercise, he would always say. His mantra to stay healthy was simple – healthy eating and exercise,” Khokan added.

Born in the district of Comilla (now in Bangladesh), Aich, at just four feet and 11 inches, was not the tallest of men.

But encouraged by English officer Reub Martin, Aich took up bodybuilding and made this his passion during his stint at the Royal Air Force under British colonial rulers.

He also went on to serve jail term when some years later he protested against colonial oppression, something which Aich considered as “turning point” in his life.

“It was in the jail that I began weight training seriously. This helped me prepare myself for the world championship,” Aich had said after completing 100 years in 2012.

“In jail I used to practice on my own, without any equipment, sometimes for 12 hours in a day,” he recalled.

Impressed by his dedication, jail authorities had in fact offered him special diet, he had said.

After Independence, Aich was released from jail and despite penury he continued to indulge in his passion for bodybuilding by taking up odd jobs.

Aich’s first moment of reckoning came in 1950 when he won the Mr Hercules title and went on to be known as ‘Hercules of India’ and ‘Pocket Hercules’ for his pint-size.

The following year, he attempted the Mr Universe title in London only to finish runner-up but a determined Aich did not return.

He returned only after winning the coveted title in 1952.

His secret to longevity, Aich had said, was his abstinence from smoking and drinking.

“I would always try to stay happy. I had to struggle to earn money during my young days but whatever the situation I remained happy,” he had said.

His sons, however, did not take up body building but they helped in pursuing Aich dream of producing champion bodybuilders.

Another protege, Premchand Dogra, won the Mr Universe title in 1988.

However Aich died with a regret – of not able to meet his more celebrated counterpart and fellow Mr Universe winner Arnold Schwarzenegger.

“His stunts in the movies were incredible,” Aich had said.

In her condolence message, Banerjee said the passing away of Aich has marked the end of an era and it has deeply saddened her.

“104-year-old world famous body-builder Manohar Aich passed away today afternoon. His demise ended an historic era. Saddened at the passing. He made us proud,” Banerjee said in her message.

“We had honoured him with the Bangabhibhusan award in 2015. May his soul Rest in Peace. Please accept my deepest condolences for your family’s loss,” the Chief Minister said in her message to the Aich family.

Describing Aich as a “legend of body building”, West Bengal Governor Keshari Nath Tripathi also expressed his grief over the demise of the former Mr Universe.

In a message, Tripathi expressed his heartfelt condolences to Aich’s bereaved family and followers.