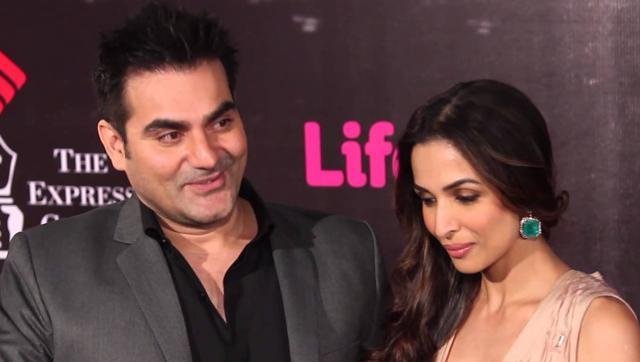 After months of are-they-are-they-not, actor Malaika Arora Khan and husband Arbaaz Khan have confirmed that they have separated. In a joint statement issued to DNA, the star couple maintained that while they have walked their separate ways, there is no truth to the fact that Malaika is seeing anyone or has approached a divorce lawyer.

They have also attacked “people claiming to be friends” who are spreading “malicious information”. Calling the buzz that Bollywood superstar Salman Khan, Arbaaz’s brother, has interceded with Malaika on his behalf as rubbish, the couple also maintained that Arbaaz’s family had no problem with Malaika’s lifestyle . The couple also shot down rumours that Malaika is divorcing Arbaaz as he is not stable financially.

The couple also took to social media to request privacy.

“We have maintained a dignified silence till now but it is causing us too much confusion and is disturbing for our families. To put all of the speculation to rest, we are giving out this statement. People claiming to be our friends and sources have been speaking on our behalf giving out wrong, malicious information. They have maligned us for long and we have kept quiet and not said a word as it’s a personal matter between us. We have got a child and our families are involved, but just because we have not said anything till now, it doesn’t give anybody the license to speculate on any rubbish about us.

We know that there will be speculation, but it is disturbing to read that Malaika has approached a random divorce lawyer she doesn’t know at all. Nor has this lawyer got in touch with us ever. Whoever this person is, can lose their licence as it’s irresponsible to talk about people who are not your clients.

The truth is, we have taken a break, but that doesn’t mean people can presume, assume and speculate things of such malicious nature. We are taking out time to figure out our lives… Yes, it’s true that we are separated, but where our lives go and what transpires between us, it is for us to decide. Wherever it goes from here, we will talk about it when we are ready to.

We are not separated because of a third random person, like there were stories of a friendship between a businessman and Malaika. Nor was it about his family disapproving of her lifestyle, nor does she feel that her husband is not financially stable. She is not crying on her brother-in-law Salman’s shoulders, asking him to help. They are our family, so please don’t talk about them like that. We deeply respect each other’s families. We want to put to rest all these articles which are complete rubbish. Till then, please respect our privacy and do not drag our respective families and our child into it.

Everything that has been carried till now is completely baseless.. Everyone is taking our silence as a sign of weakness. When we are ready to talk, we will. It’s a tough and difficult time for us and we will appreciate it if you can please give us our space. We have and hold immense respect for each other and hold each other in the highest regard. Ultimately we will do what’s best for our child, us and our family. Please understand what we are going through. We urge the media not to speculate and kindly do not believe whoever your said sources are, unless you hear from the people concerned.”