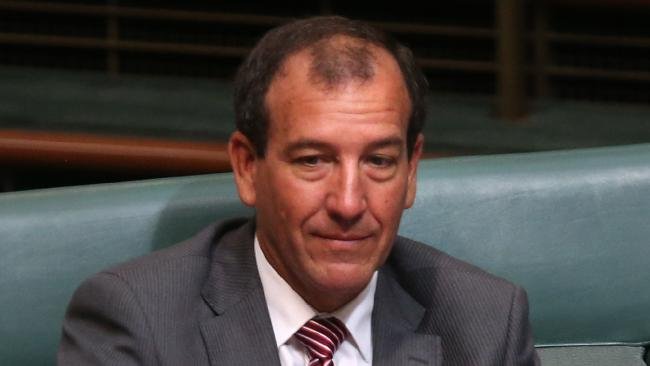 LIBERAL MP Mal Brough has announced he will not recontest the next election.

The Fisher MP stood down as Special Minister of State in December while the Australian Federal Police investigated his involvement in the unauthorised access of Peter Slipper’s parliamentary diary.

In a statement today, Mr Brough said he would not contest the looming federal election.

“I thank the people of Fisher for their support at the last election and the trust they placed in me to be their voice in Canberra,” he said.

“It has been a privilege and honour to represent this generous community.

“I would also like to thank the Fisher LNP membership for their continued support, encouragement and trust.”

An AFP spokesperson said the agency’s “position” had not changed.

“The AFP can confirm it is investigating an allegation of an unauthorised disclosure of Mr Slipper’s Commonwealth diary,” he said.

“The AFP has spoken to Mr (James) Ashby and at this time understand he is seeking legal advice.

“The AFP takes investigations of this nature extremely seriously. It is conducting a thorough investigation and will continue to do so until its completion. As this investigation remains ongoing, it is not appropriate to comment further.”

Before agreeing to stand aside, Mr Brough was the target of repeated Opposition attacks over his involvement in the Peter Slipper diary saga.

Mr Brough has previously categorically denied any wrongdoing in relation to the affair, despite telling the 60 Minutes program last year that he asked Mr Ashby to procure copies of the diary.

His departure from the ministry came on the same day it was revealed former Cities Minister Jamie Briggs was forced to resign for acting inappropriately towards a public servant during a Hong Kong trip.

In response to Opposition questioning in parliament in November the Prime Minister said: “There are no new facts, matters or circumstances that have come to hand, and so there is no basis for the shadow Attorney-General’s withering torrent of cross-examination. If there are new developments, obviously, they will be considered.”

The LNP is likely to fast-track preselection for a replacement in the plum Sunshine Coast seat.