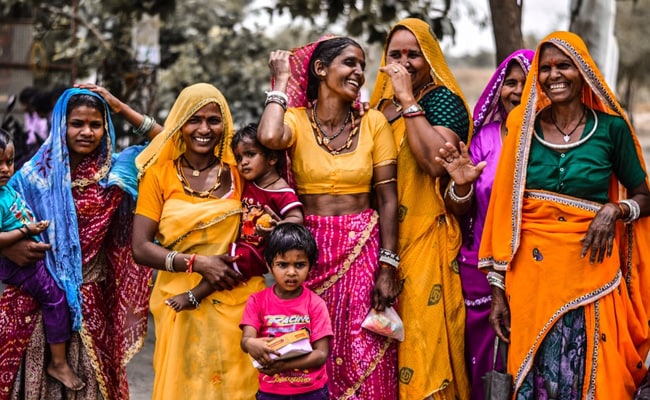 International Women’s Day is celebrated every year on March 8. (Representational)

It’s International Women’s Day today and leaders across the country and the global are calling for a gender-equal world as they celebrate achievers in different fields.

Prime Minister Narendra Modi, earlier this week, had said that he would give up his social media accounts to  “to women whose life, work inspire us”.  A tweet from him read: “This Women’s Day, I will give away my social media accounts to women whose life & work inspire us. This will help them ignite motivation in millions. Are you such a woman or do you know such inspiring women? Share such stories using #SheInspiresUs”.

Here are the LIVE updates on International Women’s Day:

Shatrughan Sinha: “On International Women’s Day, I salute the power of women world over. She is a friend, nurturer, guide, motivator, homemaker & the best multitasker playing the role of daughter, sister, wife with so much ease. I have the highest regard for women & women empowerment & advocate”

Congress leader Digvijaya Singh: “The Constitution laid basis for equality of women in all spheres. It took decades of efforts to start witnessing the change envisaged by founding fathers Regressive forces will always challenge women equality. Let’s remember, a just & liberal society is a must for women equality”

Home Minister Amit Shah: “Greetings on International Women’s Day. I bow to the Naari-Shakti who have time and again played a defining role in shaping and nurturing our society. Women have always been the torch bearers of our lives, their selflessness and sacrifices in any role cannot be put in words. Due to PM @narendramodi’s visionary leadership, India is witnessing a new era of women led development. Women are now leading from the front. Schemes like Beti Bachao Beti Padhao, Mudra yojana for women, Toilets under SBM, PM Ujjwala have brought holistic changes in their lives.”

International Women’s Day: President Ram Nath Kovind On “Safety, Respect For Women”
In a series of early-morning tweets, President Ram Nath Kovind called for a safer society for women. “Let us reaffirm our pledge to ensure safety and respect for women, so that they can move forward unhindered according to their wish in the direction of fulfilling their hopes and aspirations. #WomensDay,” he wrote.

In another post, he said: “On International Women’s Day greetings and best wishes to women in India and across our planet. This day is an occasion to celebrate the untiring efforts and crucial role of women in building a better society, nation and world.”

Odisha Chief Minister Naveen Patnaik: “Be it financial independence or representing the people in Parliament, empowering women has been the cornerstone of our development initiatives. We will continue to work towards championing them in every field and create spaces for their leadership towards”

Human Resource Development Minister Ramesh Pokhriyal Nishank: “On the occasion of #InternationalWomensDay, I extend my best wishes to all the women. We are working towards women empowerment by the way of the new education policy. Today, ‘Beti Padhao, Beti Bacho’ is reaching newer heights”

Previous articleBeth Mooney’s journey of self-improvement reaps huge rewards
Next articleBokaro Man Dies Allegedly Due To Starvation
The Indian Telegraphhttps://theindiantelegraph.com.au/
Established in 2007, The Indian Telegraph is a multi award winning digital media company based in Australia.