Laughter With Exercise May Boost Health In Older Adults 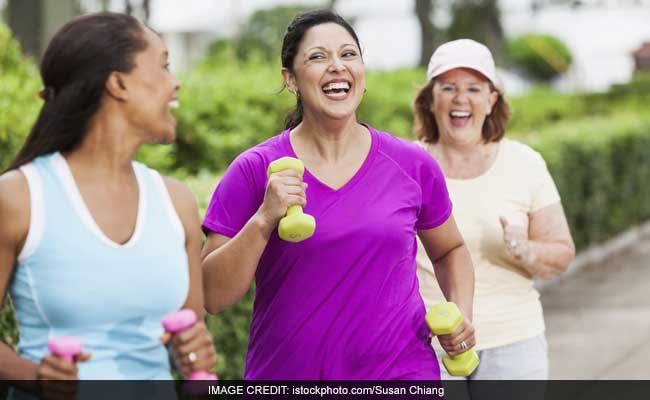 Incorporating laughter into a physical activity programme may improve older adult’s mental health, aerobic endurance and confidence in their ability to exercise, according to a new study.

In the study, led by researchers from Georgia State University in the US, older adults residing in four assisted-living facilities participated in a moderate-intensity group exercise programme called LaughActive.

In simulated laughter exercises, participants initially choose to laugh and go through the motions of laughing. The exercises facilitate eye contact and playful behaviours with other participants, which generally transition the laughter from simulated to genuine.

Simulated laughter techniques are based on knowledge that the body cannot distinguish between genuine laughter that might result from humour and laughter that is self-initiated as bodily exercise.

A laughter exercise was typically incorporated into the workout routine after every two to four strength, balance and flexibility exercises.

Because laughter is scientifically demonstrated to strengthen and relax muscles, the laughter exercises often involved physicality in the muscles being worked in strength, balance and flexibility exercises to prepare the body for exercise and help it recover.

The study found significant improvements among participants in mental health, aerobic endurance and outcome expectations for exercise (for example, perceived benefit of exercise participation), based on assessments completed by the participants.

“The combination of laughter and exercise may influence older adults to begin exercising and to stick with the programme,” said lead author Celeste Greene from Georgia State’s Gerontology Institute.

“We want to help older adults have a positive experience with exercise, so we developed a physical activity programme that specifically targets exercise enjoyment through laughter,” added Greene.

The study appeared in The Gerontologist journal.