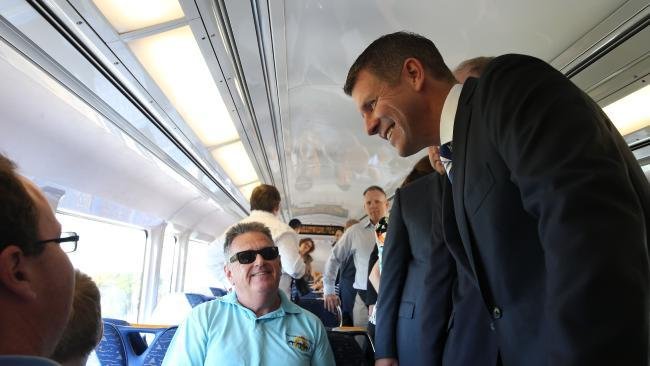 Sydney’s public transport network will be ticketless within weeks as we come to the end of the successful roll out of the Opal electronic ticketing system.

The historic transition towards a modern integrated electronic ticketing system on public transport will occur on Monday 1 August 2016 when the last of the old paper tickets will no longer be sold or accepted.

The Opal card has been embraced by Sydneysiders with two million people taking 13 million journeys across the network each week. The cards are being used for about 95 per cent of all public transport trips so it’s expected this final phase will go ahead smoothly. Given this enormous success, it’s now time to stop running two ticketing systems and move to one convenient system that enables future innovation.

Once we move to Opal-only across the network, the next step will be to trial the use of credit and debit cards on the ticketing system. It’s hoped we’ll be able to start this trial next year.
Since the roll-out of Opal began in December 2012, customers have taken 800 million trips and we have issued more than 7.5 million cards, with 1 million Gold Senior/Pensioner cards, 700,000 Child/Youth cards, and 350,000 School Opal cards.

We are always working to enhance the customer experience with Opal and this year we launched the award winning Opal Travel app so customers can top up on the go.

There are now more than 350 Opal top-up machines at locations that provide coverage for almost all train trips, and our busiest light rail stops and ferry wharves. Additionally, 255 of these machines sell the last resort Opal single-trip ticket.

At the moment, customers who don’t have their Opal card can purchase an Opal single-trip ticket through top up machines for travel on trains, light rail and ferries and from 1 August an Opal single bus ticket will become available on-board buses. After a recommendation from the Independent Pricing and Regulatory Tribunal, single-trip tickets will be set to a standard premium fare across modes when compared to normal Opal card fares from the 5th of September. This state is not alone in setting a premium fare for single-trip tickets, with electronic ticketing systems, like in Brisbane or London, encouraging customers to travel with smartcards.

A comprehensive information campaign has begun to remind the remaining customers who don’t have Opal that it’s time to make the switch.

In other news, a new stadium for Western Sydney is a step closer with three groups shortlisted this week for the new Parramatta Stadium.

The current stadium will be demolished to make way for the new one and will be built by one of three shortlisted companies: Brookfield Multiplex, John Holland or LendLease.
After years of lagging behind the other major states in sporting and major events infrastructure, NSW is getting on with the job of putting us back in front.

The 30,000 seat venue will be the first project delivered in the NSW Government’s stadia strategy and replace the current Parramatta Stadium built in 1986. Formal requests for tender will be issued shortly with the winning consortium expected to be announced later this year. Construction will start early next year and the new Western Sydney Stadium is due to open in 2019.